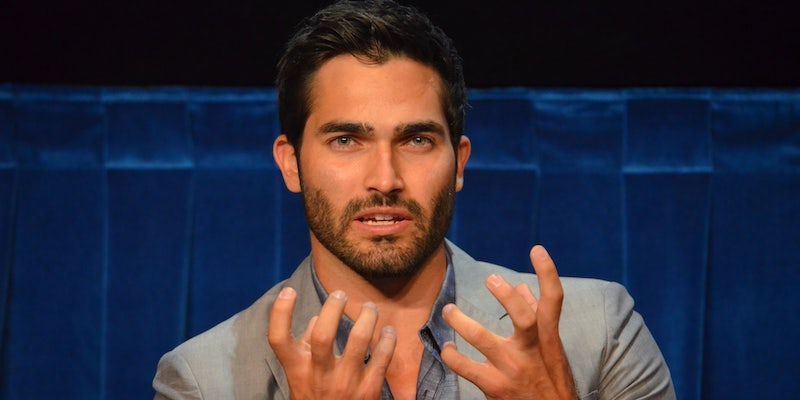 With one half of Sterek leaving the show, will Teen Wolf's ratings suffer?

Teen Wolf heartthrob Tyler Hoechlin is stepping down from his role as a series regular, leaving fans bereft.

Hoechlin starred as the sullen, frequently shirtless werewolf Derek Hale since the show began in 2011, but a new interview with showrunner Jeff Davis reveals that Hoechlin wants to focus on his movie career.

Speaking to Buzzfeed, Davis said, “We talked and creatively agreed that maybe this was a good season to refocus on the teens of Teen Wolf, and while he won’t be a series regular anymore, I can say that you probably won’t have seen the last of Derek Hale.”

So, there’s still a possibility that Derek Hale will be back for a scene or two, even though he’s no longer credited among the main cast.

It's true that @TylerL_Hoechlin will not be a series regular in #TeenWolf S5, but that doesn't mean you've seen the last of him…

As is always the case when a beloved character departs a TV show, some fans are distraught. The only light at the end of the tunnel is that MTV is clearly eager for Derek Hale to return if at all possible, so the character probably won’t be killed off. (And even if he were, Teen Wolf is one of those shows where the passage to the afterlife is more like a revolving door. Death is about as permanent in Beacon Hills as it is in Supernatural.)

Tyler Hoechlin no longer being a series regular on Teen Wolf is proof that everything is terrible and we're all careening toward death.

Oddly enough, plenty of fans on Tumblr seem supportive of Hoechlin’s decision, either because Derek Hale’s personal journey feels complete, or because it seems like a smart career move for Hoechlin to quit his werewolf job after filming a lead role in Richard Linklater’s next movie. A common thread among these comments is that Derek Hale’s role focused too much on Hoechlin’s abs and too little on character development, so you can’t really blame him for wanting to move on.

There is, however, the issue of Sterek.

Sterek (Derek Hale and Stiles Stilinski, played by Dylan O’Brien), has always been a major driving force in Teen Wolf fandom. Over the past couple of seasons, many fans have given up hope of the pairing ever becoming canon. They’re content to just write fanfic and watch the show on its own terms. But there is still a vocal contingent who think Teen Wolf  should give the two characters a romantic subplot.

Tyler Hoechlin might not come back, Teen Wolf will end, but Sterek, Sterek is forever. Have no doubt about that.

Like Sherlock and Supernatural, Teen Wolf is often accused of queerbaiting its fans. Jeff Davis said early on that Teen Wolf took place in a world without homophobia, and there have been several queer characters in supporting roles. However, none of the main characters are queer, and a lot of viewers feel that the show hints at same-sex relationships and then fails to deliver.

With Hoechlin out of the picture, Sterek fans’ last hope will be for Jeff Davis to relent and have Stiles come out as bisexual. This is something that has been teased before, with the Advocate describing Stiles’ sexuality as an “is-he-or-isn’t-he draw” before accusing the show of sidelining queer characters. In the light of The 100 revealing one of its teen leads to be bisexual with no fanfare whatsoever, this position is increasingly difficult to defend—even though as a writer, Davis has no obligation to cater to his audience’s demands.

Once O’Brien leaves Teen Wolf—and he undoubtedly will, given his burgeoning career in films like The Maze Runner—the show has little hope of retaining the loyalty of fans who began watching for Sterek. So while it’s not necessarily the case that Teen Wolf‘s ratings live or die by Sterek, Hoechlin’s departure is not going to help.

Photo via Genevieve/Wikimedia (CC BY 2.0)