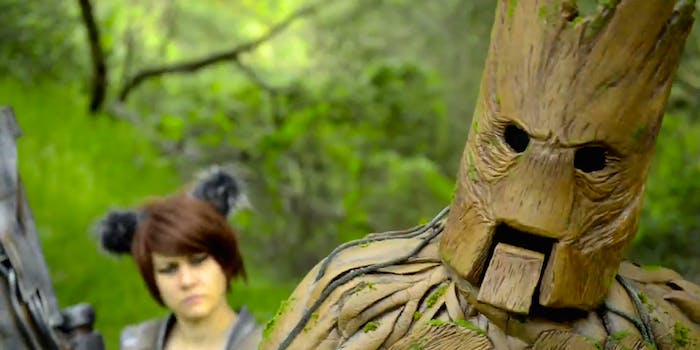 Finally, the Groot–Hodor rap battle we’ve been waiting for

This is the epic face-off that the Internet deserves.

This is the Groot–Hodor face-off that the Internet deserves.

These two fan favorites from Guardians of the Galaxy and Game of Thrones, respectively, are both creatures of few words. Both convey a lot through a little. So the natural next step in crossover heaven is to force these two into a rap battle of epic proportions.

And that’s exactly what the folks over at the Warp Zone did. With Rocky the Raccoon, Bran, and Osha to provide backup, the tree and the simple stableboy lay into each other.

It’s one of the greatest smackdowns we’ve ever seen—and we can’t understand a word of it. Until we become fluent in Grootese and Hodorian, we’ll be left wondering who really won this fight.

But when it comes to the best dancer, that’s no contest.

Screengrab via The Warp Zone/YouTube