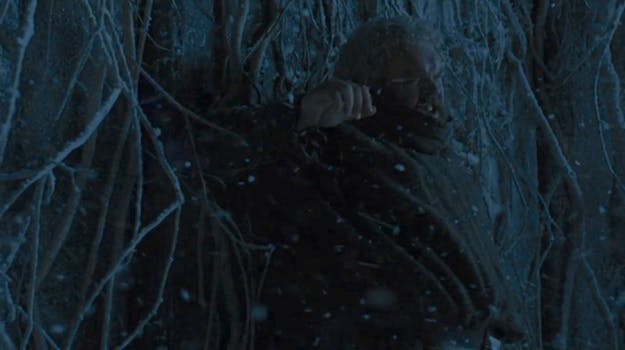 There's now an actual market for these.

Warning: This article contains spoilers from the latest Game of Thrones episode, “The Door.”

It’s been nearly a week since we learned the truth behind how Hodor got his name.

The visceral scene depicting the gentle giant’s sacrifice and death has stayed with fans, who have be especially crafty with their own Hodor tributes.

We’ve already seen the Hodor elevator takeover, “apology” from the Game of Thrones showrunners, and some keen brand optimization from Ikea. Those looking to immortalize Hodor are expanding beyond elevator doors and transforming regular door stoppers—because, well, they’ll “hold the door” for you.

Over the past few days, meme enthusiasts and crafters online have started making and selling Hodor door stoppers. From online creations and customizations to some DIY crafting and sheer ingenuity, it’s easier than ever to bring Hodor into your own home.

For some of us, it may still be “too soon,” but for everyone else, a Hodor may only be a click or scribble away.

If you already have a regular, wooden door stopper in your home, you don’t even need to buy a new one. Just take a Sharpie to it, write “Hodor,” and you’re all set. Make sure you have permission to do that before you go and graffiti someone’s property, though.

2) Explore the treasure trove on Etsy

As of press time, Etsy has 20 results for “Hodor door stop.” With products ranging anywhere from $7.50 to $30.00, there’s enough variety to entice even the pickiest of shoppers. Some of them are basically your average doorstop with “Hodor” engraved on it, some come with a storage container, some feature a photo of Kristian Nairn’s face, and others are 3D-printed. But no matter which one you choose, they’ll probably make all of your house guests cry. 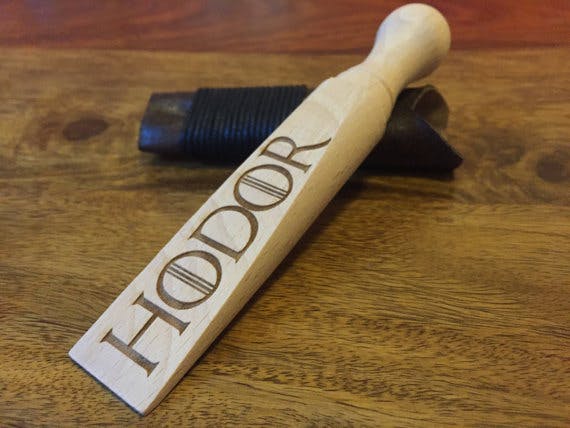 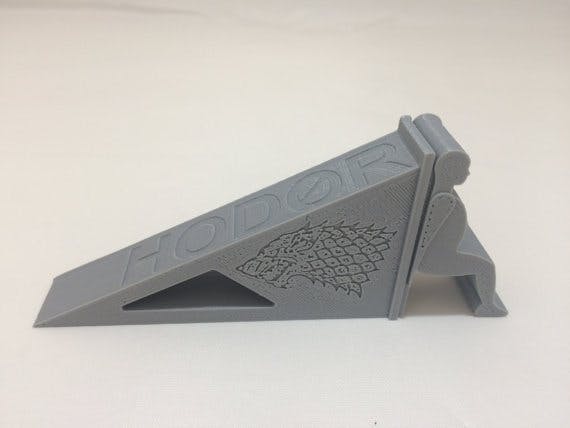 The Internet sure works fast. On May 24, just two days after “The Door” aired, Todd Blatt launched a Kickstarter for a “Hold the Door Memorial Door Stop” so fans could both memorialize a gone-too-soon fan favorite while putting it to good use. He originally planned to raise $500. As of this writing, 333 people have already pledged $9,529—that’s 1,905 percent funded—with two days to go.

4) Use a Hodor action figure to hold your door open

If you happen to already own a Hodor action figure, you can even recreate that final scene (albeit with 100 percent less wights) to great, heartbreaking effect.

Finally a door stop that works!