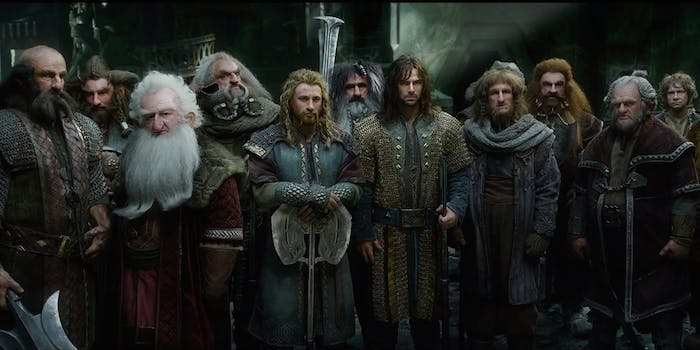 The new ‘Hobbit’ movie finally gets a trailer

You'll recognize the haunting song in this trailer.

The first trailer for The Hobbit: The Battle of the Five Armies is here, and if it wasn’t apparent from the newly-changed title, a huge battle is coming to Middle-earth.

It’s the final film from Peter Jackson based on the beloved 300-page J.R.R. Tolkien novel, and it picks up right where we left off. The movie itself may only cover a few chapters (plus whatever’s been mined from the Appendices), but there’s enough in the trailer to have plenty of fans suddenly excited about the movie again.

Does the song playing throughout seem familiar? That’s because you’ve already heard it in Return of the King. It offers both a wave of nostalgia and impending doom, particularly because the song was paired off with visuals of the men of Gondor almost surely riding to their deaths.

The Battle of the Five Armies comes out in theaters on Dec. 17, so you’ll have to wait until then to find out what happens to Bilbo and his dwarf friends—or pick up the book.