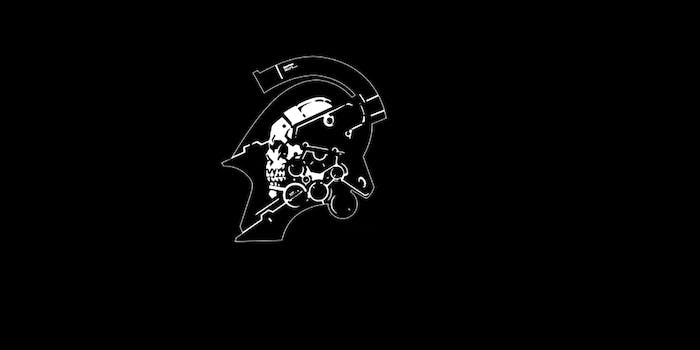 The business deal that ends 2015 with a tremendous bang.

It took all of one hour for beloved game developer Hideo Kojima to go on Twitter from “unemployed” to “I have a new development studio.”

The developer of the famed Metal Gear franchise has formally announced his new development studio, following up on Tuesday’s rumors that a new, independent studio from Kojima was in the works.

Today, Sony revealed that Kojima’s first game will be developed in collaboration with (and exclusive to) Sony PlayStation. Andrew House, President and Global CEO of Sony Computer Entertainment could not look happier in the video announcement.

The formal press release from the new Kojima Productions is terse, but Kojima and his employees have been talking about the new studio on Twitter.

1/2
This is new studio's logo. Looks like a medieval knight and also a space suit. pic.twitter.com/AC3j6kfImy

2/2
It expresses the vision of "aiming the new world with the latest technology and pioneering spirit". pic.twitter.com/XjnfdmPOEB

Yoji wearing the T-shirt too. pic.twitter.com/A1qJhqI8S3

The EU Community Manager for PlayStation briefly posted a Q&A with Kojima Productions to Medium, wherein it was revealed the Kojima’s new game will appear on PC at some point after a release on PlayStation 4.

Kojima Productions had little else to say at the moment, and the Q&A has since been removed from Medium.

So ends Kojima’s tumultuous relationship with Konami. It’s difficult to imagine the end of 2015 coughing up bigger game industry news than the birth of Kojima Productions.