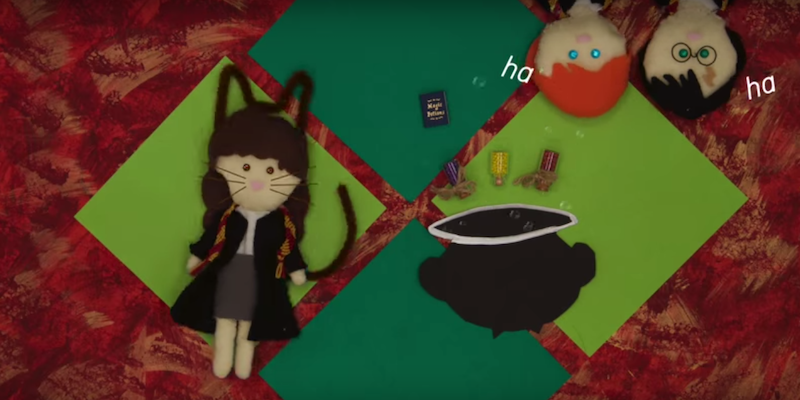 All hail our favorite magical bookworm.

An adorable stop-motion short film is paying tribute to the brightest witch of her age: Hermione Granger.

In just over two minutes, the video takes viewers through some—but nowhere near all—of the frizzy-haired badass’s most impressive accomplishments (so beware spoilers if you somehow missed parts of the Harry Potter series). The charming little dolls dance between crafted scenes and hint at enough book-exclusive storylines that you almost can’t resist picking up the novels for another read. It also takes care to note Hermione’s activism, something many fans were disappointed was lacking in the movies, and her return to school after the conclusion of the main storyline.

The video is part of a collection created by Papercuts, a YouTube channel by Read It Forward. The channel has been hard at work on paying tribute to some of the most kick-ass characters ever to grace the pages of popular literature, including those from A Song of Ice and Fire and The Martian.