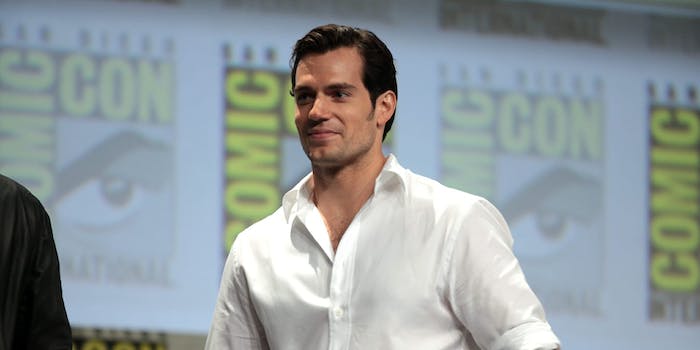 The Man of Steel may not be as recognizable as he thought.

It has become standard for blockbuster movie press tours to include actors venturing out into large public areas in disguise to see if anybody recognizes them. But Batman v Superman’s Henry Cavill didn’t get quite the reaction he expected.

Wearing a shirt with Superman’s iconic S symbol, Cavill headed out to Times Square and stood underneath giant posters of himself. Would anybody notice him, despite his very weak attempt to disguise himself?

Well, at least he didn’t seem too upset at the outcome.

Cavill used the Instagram video in part to address the longstanding criticism that all Superman needs to successfully hide his true identity is a pair of thick glasses. But it’s just as likely that no one noticed him because they were trying to get out of Times Square as quickly as possible—or they might not have recognized him without all of the gritty undertones.