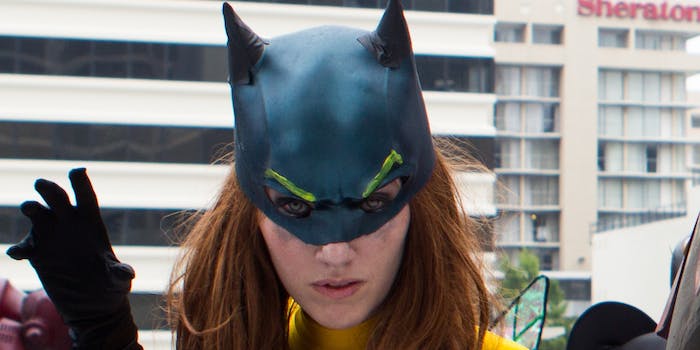 Meet Hellcat, the latest Marvel hero to make the leap from comics to TV

Now, it’s totally acceptable for you to be asking, “Who is Hellcat?” She’s not the most famous of Marvel characters, although that’s going to change once A.K.A. Jessica Jones airs.

To answer the most obvious Hellcat questions, this character does not really have anything to with cats, or Hell. In the comics she’s a relatively normal human with mild psionic abilities including telekinesis, although we suspect that may change for the Netflix series.

Hellcat’s everyday identity, Patricia Walker, goes all the way back to the 1940s, when she was created by Ruth Atkinson for the romance/humor comic Miss America Magazine in 1944. With a few obvious changes, Patsy Walker went on to become an Avenger, and is best known as Jessica Jones’ best friend and teammate in the Defenders—the superhero team in Marvel’s new quadrilogy of Netflix shows.

Patricia Walker’s backstory is predictably convoluted for a long-running comic book character, helped along by the fact that she transferred from being a post-war romcom character to superhero after Marvel bought the publisher that created her character. She’s gone through various careers including swimsuit model, occult adventurer, talk show host, and superhero, but for the Netflix series she’s going to be a radio host and former child star. Also, her name is now shortened to Trish.

A.K.A. Jessica Jones also stars David Tennant as the villain Kilgrave. The combination of his mind-control powers and Hellcat’s psionic abilities makes us wonder if Marvel is planning to take the franchise in a more magical direction. Up until now, the Marvel Cinematic Universe has mostly focused on superpowers with some kind of vague basis in science, but the introduction of Scarlet Witch in Avengers: Age of Ultron indicates that may be about to change.