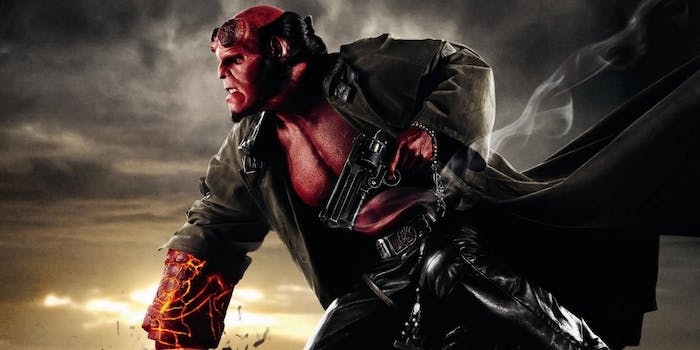 Thanks to this Twitter poll, Guillermo del Toro is considering 'Hellboy III' again.

If you use Twitter and you love movies, you should already be following Guillermo del Toro. His presence is consistently interesting and likable, and you’ll often see glimpses of his work behind the scenes.

At the moment, del Toro is all about the long-awaited Hellboy III, a film that hasn’t actually been greenlit by a studio. Yet. After conducting a casual Twitter poll on Wednesday, the director is now arranging a meeting to discuss another Hellboy sequel.

The HELLBOY III is our chance to vote the right way in 2017! If 100k votes come in 24 hours I promise to have a sit down w Da Perl & Mignola

Having received over 100,000 votes in less than a day, del Toro announced he would sit down with Hellboy creator Mike Mignola and actor Ron Perlman for a meeting.

As is the case with any movie, the main obstacles for Hellboy III are time and money, as opposed to a lack of interest from fans. People have been clamoring for another sequel since Hellboy II in 2008, but del Toro is consistently busy with other projects and Legendary Pictures would have to cough up about $120 million to fund the movie. (At $85 million, Hellboy II was considerably cheaper than most comic book movies today.)

Hollywood has changed a lot since 2008 when Hellboy II came out, and studios are increasingly interested in comic book adaptations—especially if they have a pre-existing audience. So while this poll is far from solid confirmation that Hellboy III will actually happen, it’s encouraging news.