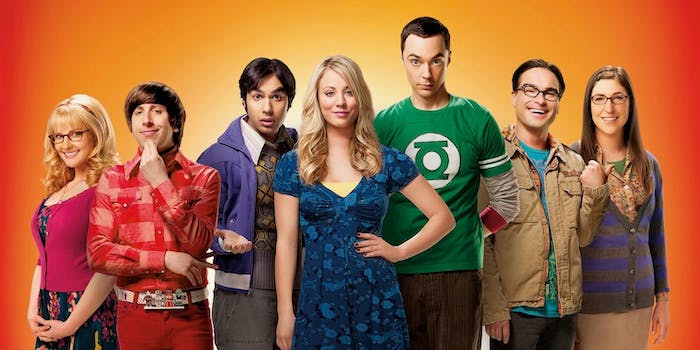 Just one day after Netflix announced that it acquired the streaming rights to Seinfeld for a five-year deal, another long-running sitcom is making a major move.

HBO Max, the upcoming streaming service from WarnerMedia (which includes Warner Bros., TNT, HBO, Cartoon Network, and many more), announced Tuesday that it has gained the exclusive streaming rights to all 12 seasons (and 279 episodes) of the CBS sitcom The Big Bang Theory.

The series, which just ended in May, will become available on HBO Max when the service launches in spring 2020; on cable TV, TBS extended its agreement to air The Big Bang Theory until 2028.

“Few shows define a generation and capture mainstream zeitgeist like The Big Bang Theory,” WarnerMedia Entertainment and Direct-To-Consumer Chairman Robert Greenblatt said in a statement. ”We’re thrilled that HBO Max will be the exclusive streaming home for this comedy juggernaut when we launch in the spring of 2020. This show has been a hit virtually around the globe, it’s one of the biggest shows on broadcast television of the last decade, and the fact that we get to bring it to a streaming platform for the first time in the U.S. is a coup for our new offering.”

A press release did not disclose how much HBO Max paid for the streaming rights, but according to the Hollywood Reporter, the deal (including the syndication end) was “worth billions of dollars.” In comparison, HBO Max is paying $425 million for a five-year deal to exclusively stream Friends.

“I am forever grateful to have been part of something as extraordinary as The Big Bang Theory,” Big Bang Theory co-creator and executive producer Chuck Lorre said. “All of us—Bill Prady, Steven Molaro, Steve Holland, and the amazing writing staff, cast and crew, recognize that 12 seasons of laughter is a gift to be cherished. And now we are extremely excited that TBBT will be joining the HBO Max lineup and be available to both existing and future fans of the show. Laughter has legs!”

The Big Bang Theory has never had quite the online popularity of Friends or The Office (the latter which NBCUniversal $500 million to exclusively stream on its streaming service Peacock), but for Warner Bros. Television, it’s still a very lucrative show. Although derided by certain parts of the internet, it was consistently one of the most popular shows on TV with its final season even getting higher ratings than Game of Thrones. And it’s still incredibly popular in syndication: according to HBO Max chief content officer Kevin Reilly, the show reaches nearly 35 million viewers monthly on TBS.