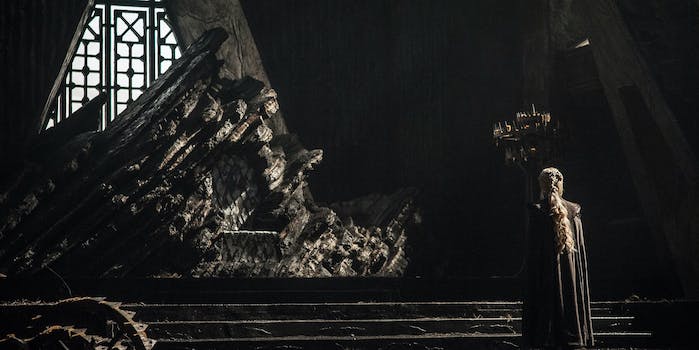 We'll be waiting a good while for this one.

Back in October, HBO officially ordered House of the Dragon, a Targaryen-centric Game of Thrones prequel based on George R.R. Martin’s Fire and Blood, straight to series. Don’t expect to see it on your TV screens for a good while.

The latest update on House of the Dragon comes straight from HBO programming head Casey Bloys, who addressed the status of the Game of Thrones prequel during the Television Critics Association Winter 2020 press tour.

“They are in the room breaking story right now,” Bloys told Variety. “My guess is we’ll see it on the air in ’22.”

Bloys’ indication of a 2022 release date is, at best, an estimate, so don’t mark your calendars and start planning your series premiere feasts just yet. At the very least, it’s an indication that HBO, which has had several prequels in various states of development since 2017, isn’t rushing to get House of the Dragon out the door. Officially, it’s a series we know very little about other than the creators (Martin and Colony’s Ryan Condal), the showrunners (Condal and Game of Thrones director Miguel Sapochnik), and that “the series, which is set 300 years before the events of Game of Thrones, tells the story of House Targaryen.”

If nothing else, waiting at least two years before another Game of Thrones TV show hits the air might allow some of our very raw feelings about the Game of Thrones series finale to simmer down. (Who knows, maybe we’ll even get another book from Martin by then.)

Bloys also addressed the other elephant in the room regarding the prequels. Just one day before HBO announced the House of the Dragon pickup, HBO passed on Jane Goldman’s Age of Heroes series (which took place several thousand years before Game of Thrones), which had to go through the pilot process. He praised how Goldman tackled the scope of the series she wanted to do, but according to the Hollywood Reporter, “it required a lot of thinking” about how to shape the look and mythology of the show.

“I would not point to one thing and say, ‘This or that totally missed’; sometimes pilots gel and sometimes they don’t and that’s just the process,” Bloys explained. “So when we looked at House of the Dragon, one of the advantages it had was it had text from George R.R. Martin and had the Targaryen history. There was a bit more of a roadmap. It was an easier decision to say, ‘Alright, let’s go straight to series.’ It wasn’t like there was anything glaringly wrong about the pilot, it’s just sometimes these things click and sometimes they don’t.”

But HBO’s session at the TCAs did come with some very good Game of Thrones-related news. After being mostly dead at HBO for some time (and practically a done deal after Game of Thrones creators David Benioff and D.B. Weiss signed their massive Netflix deal), Bloys finally confirmed to TVLine that Confederate, the ill-conceived alt-history series where the south won the Civil War, is officially dead.