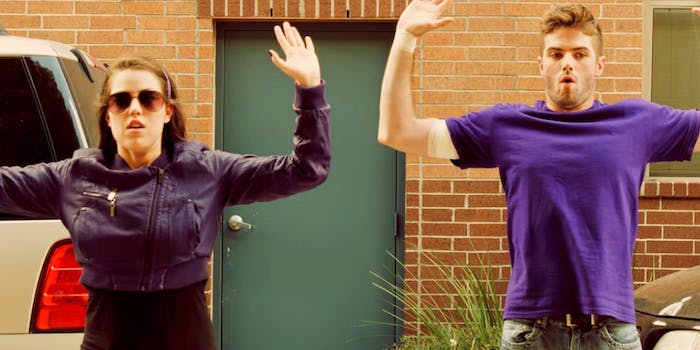 One Riot One Ranger Productions

This fan film is an impressively direct realization of the Matt Fraction/David Aja 'Hawkeye' comics.

The low-key, day-in-the-life Hawkeye comic was a smash hit from 2012-2015, following Clint Barton, Kate Bishop (both known as Hawkeye), and Clint’s dog Lucky as they went up against their local “tracksuit mafia.” And while there isn’t a TV show or movie in the works (yet), we do have the next best thing: a fan film.

One Riot One Ranger Productions did a great job of capturing Hawkeye‘s visual style, complete with wide shots of Clint’s neighborhood and the purple costumes that gave the comic such an instantly memorable aesthetic. There’s even a black-and-white scene in “dog vision,” from the perspective of everyone’s favorite Pizza Dog.

If anything, this fan film proves that Hawkeye is incredibly well suited to low-budget filmmaking. It doen’t need any of the special effects or super powered action scenes required for Daredevil or Jessica Jones, and when you’ve got a lovable dog in the main cast—well, you’re already onto a winner.