The new movie's crossguard lightsaber was just the beginning.

Hasbro is introducing a new Star Wars toy that will make all our dreams of fantasy lightsaber-building come true.

The toy company has announced that it will release a special product line of build-your-own lightsabers called Bladebuilders, which sounds like the ultimate hardcore Star Wars gift. 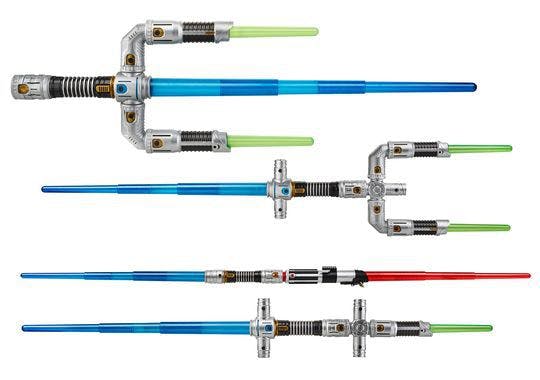 According to USA Today, the play swords will come with “compatible hilts, connectors and various lightsaber materials,” which basically means they can be put together any way you like.

The cost of your basic Jedi lightsaber starts at $49.99, according to Hasbro Star Wars brand director Kim Boyd. From there, you can add numerous working parts to upgrade the package—an electronic lightsaber for $19.99, foam and extendable versions, and so on.

Boyd, who called the sword “the most iconic weapon of all time,” also noted that it comes in “flavors” associated with Obi-Wan Kenobi, Darth Vader, Luke Skywalker, and Yoda. Parents and Star Wars novices, take note: this is code for “blue, red, green, and some other shade of green.” 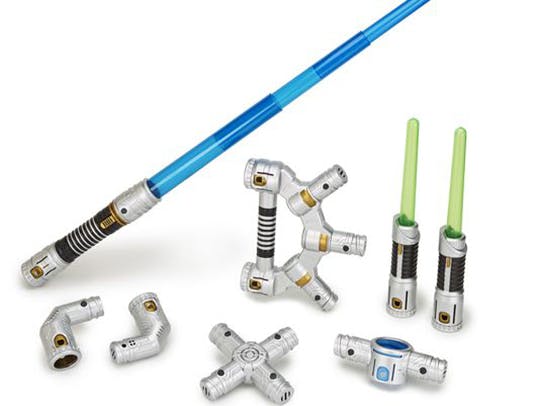 The toys debuted last week at the New York Toy Fair. Below is an Instagram video of someone having fun at the display. You can’t really see the build-your-own version in action, but you can see evidence that, well, they exist.

Bladebuilders will be landing on shelves this fall, which means that by Christmas, we’ll be experiencing that terrible crossguard lightsaber meme all over again—only this time in real life.