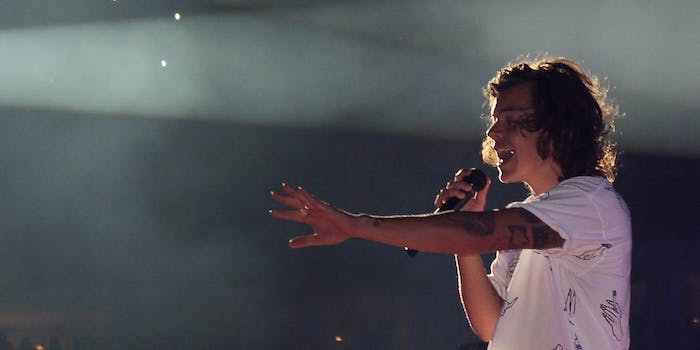 Harry Styles may soon become a live-action Disney prince, a role he was surely born to play.

The pop star (and Dunkirk actor) is reportedly in talks to play Prince Eric in the live-action Little Mermaid remake. Variety describes him as being in “early negotiations” for the role.

Directed by Rob Marshall (Chicago) with songs from Lin-Manuel Miranda and longtime Disney composer Alan Menken (who worked on the original Little Mermaid), it looks like this film may be more of an outright musical than some of Disney’s recent live-action adaptations, which focused more on recreating the tone of the original movies. R&B singer Halle Bailey has already been cast as the mermaid Ariel, and Styles would be an obvious choice for the romantic lead since he’s a heartthrob with plenty of singing experience.

Styles hasn’t officially been cast yet, so the role could still go to someone else. It’s worth remembering that he was rumored to be in the running for a couple of other high-profile roles that recently went to other actors, like the Elvis Presley biopic.