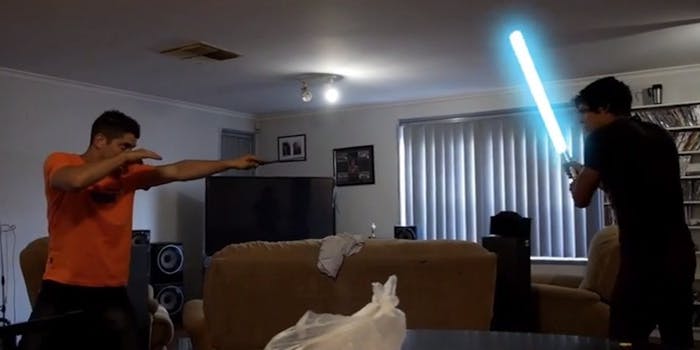 Is the carefully-honed wizardry of the Harry Potter universe enough to overcome the power of The Force?

The comedic geniuses behind the YouTube channel RackaRacka decided to tackle this very important topic. An argument over a video game escalates quickly as one of the players suddenly whips out his magical wand (literally, not figuratively).

In response, his opponent activates his lightsaber.

The melee destroys the cramped apartment, which sadly does not feature the massive dueling space of either Hogwarts or the Death Star, and spills out onto the suburban street. Only one walks away victorious.