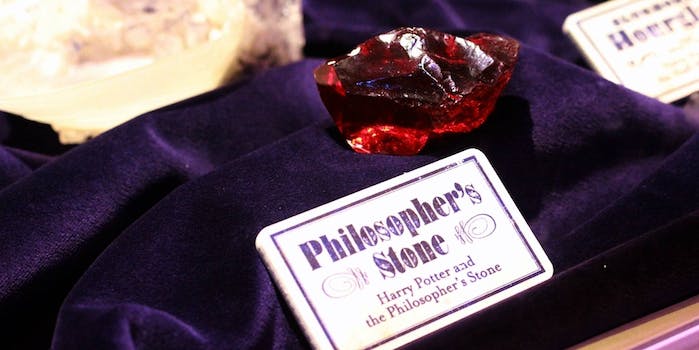 Your copy of ‘Harry Potter and the Philosopher’s Stone’ could be worth over $30,000

If you happened to have purchased a first edition hardcover edition of Harry Potter and the Philosopher’s Stone, then congratulations! You’re not only a tried and true OG fan of the J.K. Rowling series but you’re sitting on a gold mine.

According to the Independent,  there are 500 such books floating around with a typo on Harry’s list of Hogwarts school supplies, which erroneously list “1 wand” twice: once at the beginning and once at the end of the list. One such book is expected to fetch upwards of $33,000 at the Bonhams Fine Books and Manuscripts Sale. The London auction is scheduled for Nov. 9

The hardcover book was published in 1997 and “the most valuable is the first impression of the hardback, which must carry the number sequence 10 9 8 7 6 5 4 3 2 1 on the reverse of the title-page,” according to a Bonhams press release. Matthew Haley, the head of Bonhams Books and Manuscripts, states that the book up for auction is in excellent condition, which is something to consider if you find your first edition looks well loved at best.

As of this writing, no other items have been publicized for this particular auction. A full catalog of books and manuscripts is expected to be released within four weeks of the auction going live, while a valuation day has been set for Oct. 26.