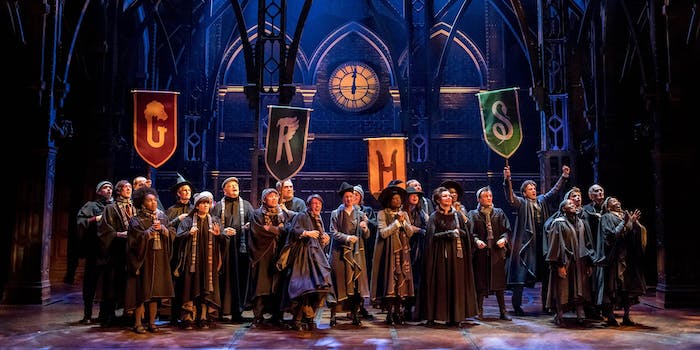 ‘Harry Potter and the Cursed Child’ is coming to Broadway

The award-winning London play will dazzle American audiences in 2018.

J.K. Rowling‘s follow-up to the Harry Potter franchise is coming to America. Her Cursed Child script sold more than 2 million copies during its first two days in stores last year. Now the older and more cranky Harry will get a crack at Broadway.

Pottermore on Thursday revealed via Twitter that Harry Potter and the Cursed Child, set a generation after the events in the beloved children’s books, will debut April 22, 2018, at the Lyric Theatre in New York City. The theater will get a large-scale renovation for the event, according to Pottermore.

The original-recipe version of Cursed Child was a runaway success last year in London’s West End. It won nine Olivier Awards (like the Tonys, but British), which set a record. Tickets will go on sale in the fall via the Cursed Child website.