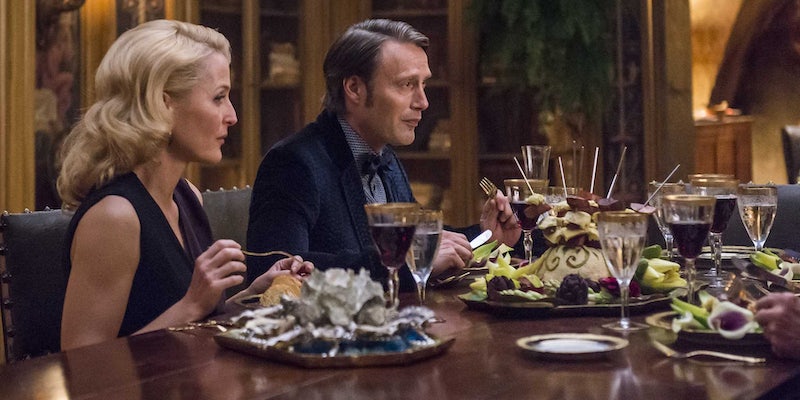 None of these delicious recipes contain people. Probably.

“You cannot force a feast. A feast must present itself.” — Hannibal Lecter

Over the past three years of Bryan Fuller‘s Hannibal, Dr. Lecter has served up everything from flambéd lung to beer that may have been brewed with human body parts. Long before his first explicit onscreen kill, we were invited to luxuriate in a series of exquisite dining scenes garnished with cannibalism puns and decorative animal skulls.

It was an invitation the show’s fans were happy to accept.

In a gleeful rebellion against decency and good taste, Hannibal-themed dinner parties have caught on. And to be fair, it does feel inappropriate to scarf down Cheetos during the commercial breaks of a show like this one—especially for the series finale. Better to prepare an aesthetically appealing meal by candlelight and pour yourself a glass of Chianti. Appreciate the experience of having an old friend for dinner, one last time.

Hannibal is the only TV show whose food designer (a niche role at the best of times) has a cult following. Painstakingly drawing and then sculpting every one of Lecter’s meals, Janice Poon always found a way to make the most horrific murder scenes look delicious.

Perversely, many viewers found themselves wondering how to replicate Hannibal’s menus at home—although maybe with a vegetarian option and less handling of raw offal. Like James Bond’s cars or Sex and the City‘s shoes, Hannibal’s kitchen exploits became aspirational viewing. 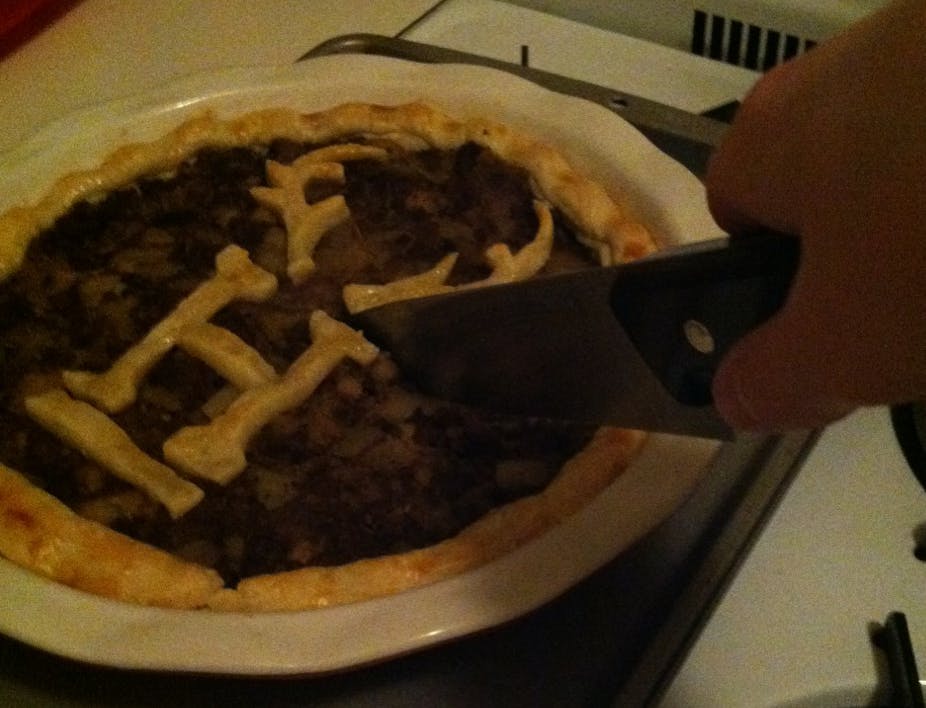 “Ever since discovering Hannibal’s world, I’ve been trying to up the elegance in my everyday life,” Hannibal fan thisiscozyskull explained via email. “I’ve also started dressing better (Chiyo and Bedelia are style inspirations), I recently took up calligraphy (I’ve always loved Hannibal’s writing style), and I started playing piano again (I learned in grade school but quit).”

To celebrate the final episode last weekend, she was one of many fannibals to host a farewell dinner party. Beef bourguignon, pommes duchesse, an elegant floral arrangement, and handwritten menus. 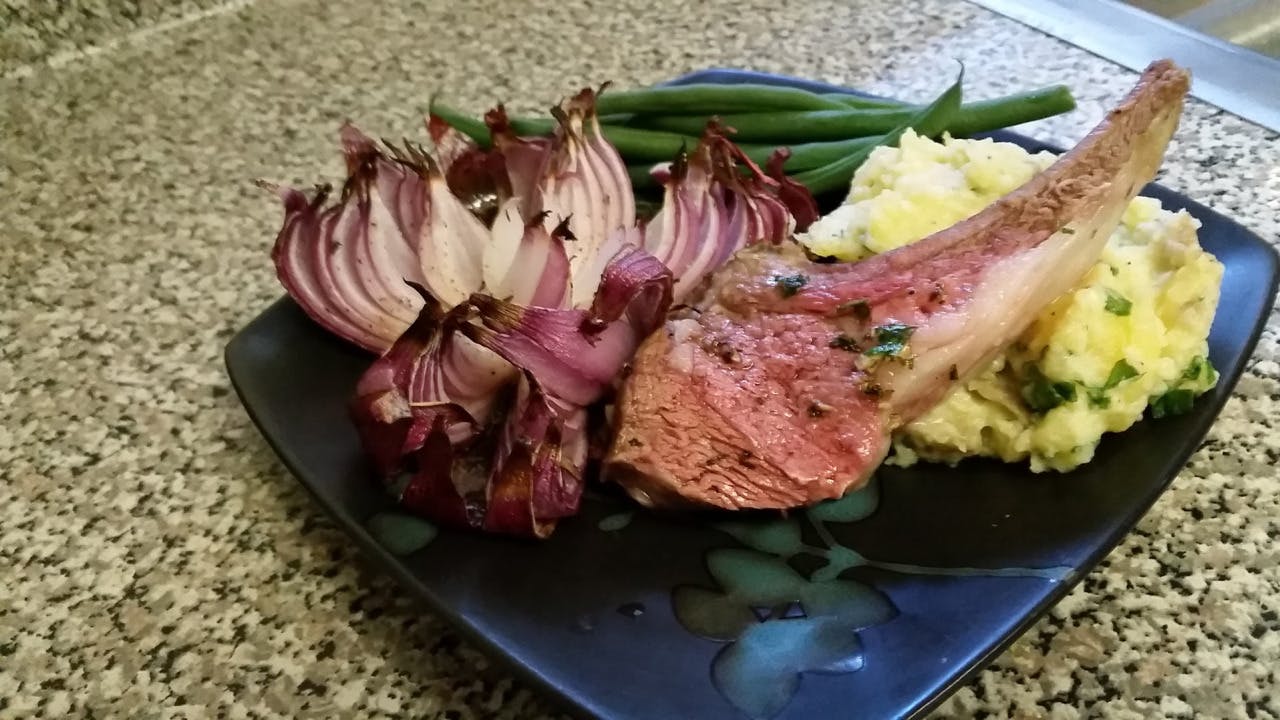 Plenty of fandoms have inspired one or two recipes alongside the inevitable fanfic and cosplay—The Starving Chef’s Avatar: The Last Airbender cuisine, for example—but few inspire entire menus. The most obvious explanation is Hannibal‘s sheer volume of food scenes, although their quality is arguably more important than mere quantity. From its complex sound design to its strenuous effort to make human flesh look artistically tasty, Hannibal is a consciously multisensory experience.

Hannibal‘s food isn’t just an appetizing prop; it always arrives at a narratively significant juncture, laden with symbolism and emotional subtext.  The effect lingers more intimately than the simple experience of bookmarking a yummy photo on Pinterest. This is, after all, a show that illustrated an appreciation of opera by following an aria from the singer’s larynx into the listener’s ear canal. 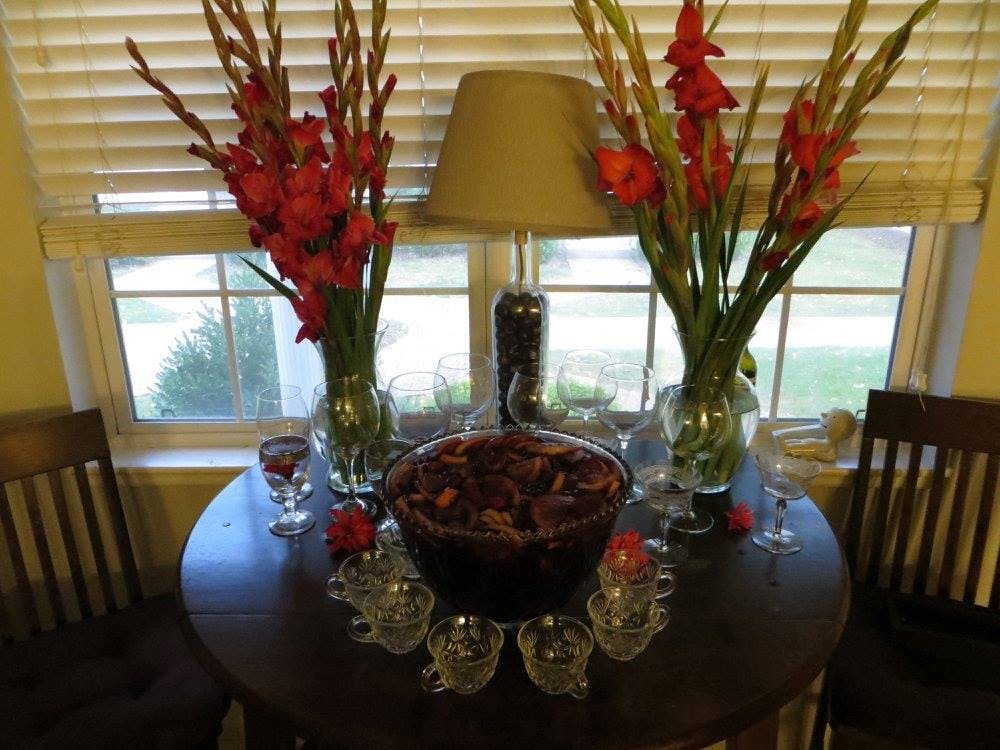 Instead of focusing on prosaic, CSI-style depictions of death and dismemberment, Hannibal zooms queasily in and out from its gruesome core. The murder scenes are often downright whimsical, becoming increasingly baroque as season 3 launched with montages of quasi-erotic snail trails and nude bodies floating through oceans of black water.

The final shot of the last episode showed Bedelia du Maurier (Gillian Anderson) sitting down to a meal consisting of her own leg, wrapped in leaves and served on a bed of ice and coals representing the Lake of Ice from Dante’s Inferno. Fans are still debating whether she cut it off herself or if someone else did it for her, with each option illustrating a different culmination of a years-long romantic arc. With this level of theatrical complexity to live up to, it’s no surprise that fannibal chefs put extra thought into preparing their own meals. 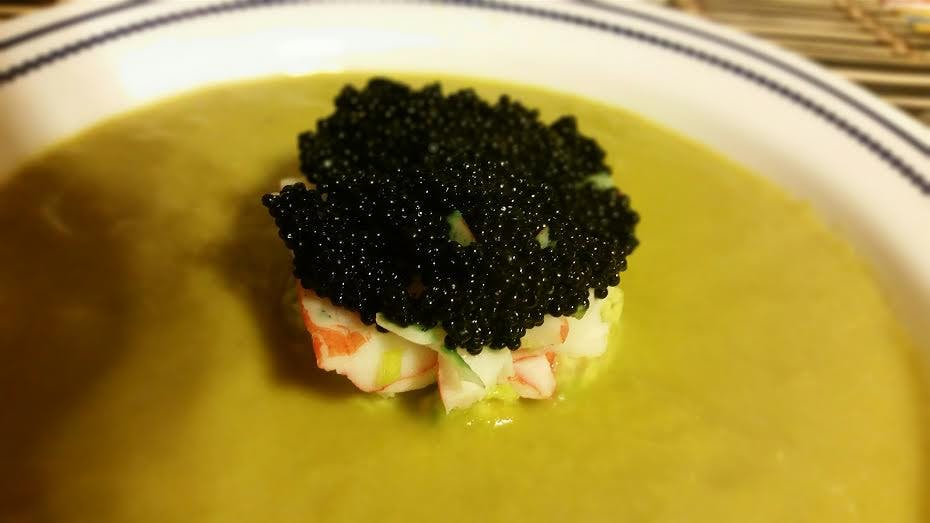 “Are you observing, or participating?” Hannibal asked Bedelia in the opening episode of season 3, as she stood by and watched him bludgeon a man to death. Once you get to the point of researching William Blake cocktails to accompany your carefully curated Hannibal brunch menu, this question answers itself. And who really wants to be a passive observer, anyway?

“Murder may be sex on Hannibal,” wrote @mork_and, another of the show’s culinary disciples. “But so is cooking (which makes sense as cooking is murder). You know that it’s people, but it looks so good that you don’t care.” 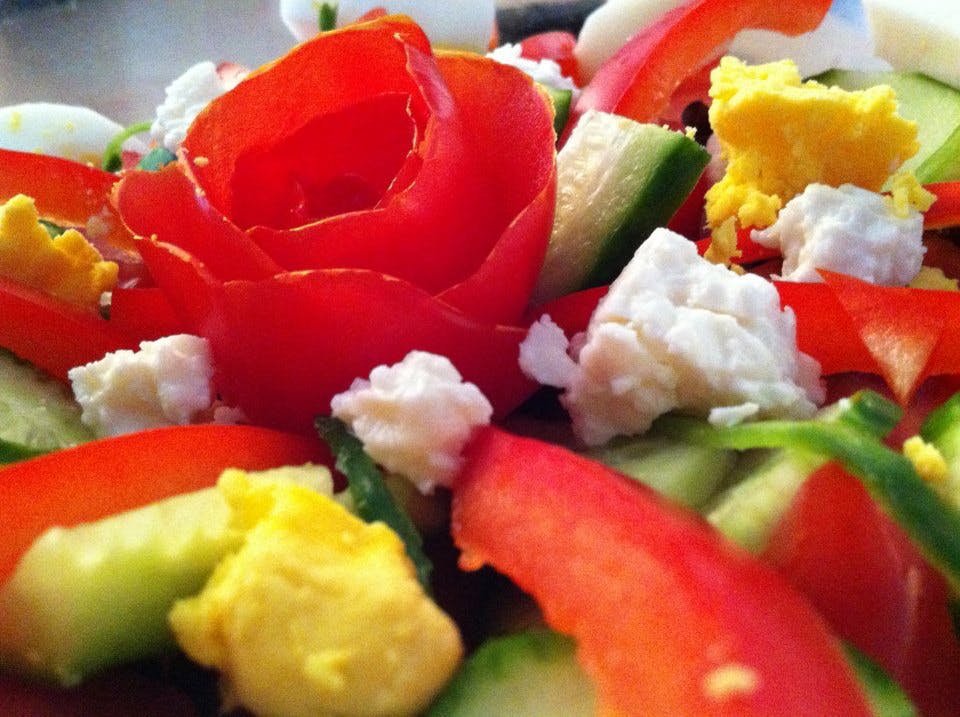 As Matt Zoller Seitz put it in his Vulture overview of the series, “Hannibal makes almost every other TV series seem aesthetically impoverished in comparison.” It makes us hungry for beauty, even in the smallest things.

“The tomato rose is probably my favourite thing I’ve learnt how to do,” Hannibal fan Jessica Needham told us on Tumblr. “It was so simple but watching Hannibal carve up a simple tomato into something so beautiful caused me to drop everything and drive out to the nearest grocery store, buy a handful of tomatoes, and listen to the local classical radio station as I stood there carving up tomato after tomato until I got it right.” 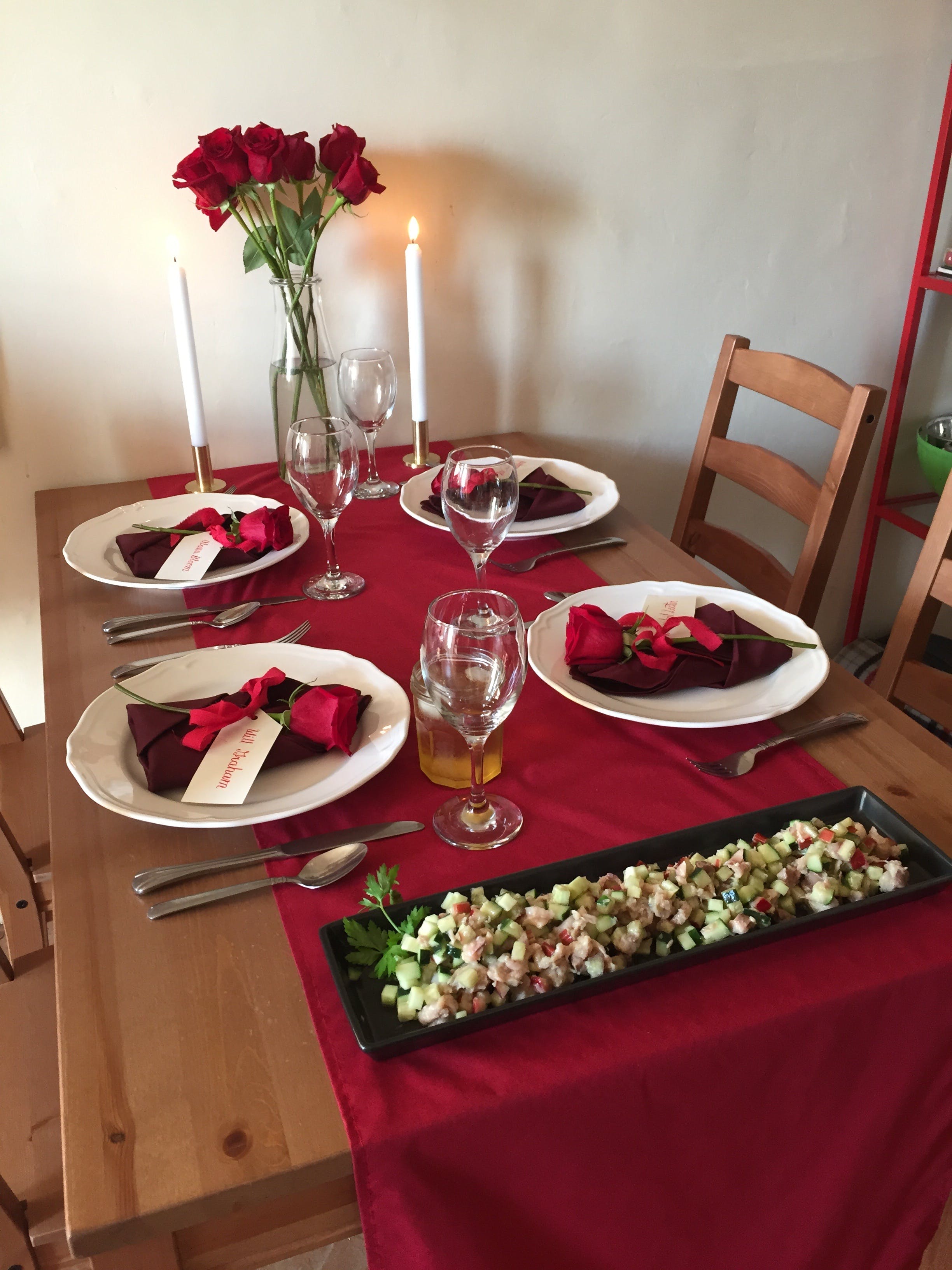 Illustrator Aimee Fleck co-hosted a five-course finale dinner with accompanying cocktails, getting up at 7am to hit the Union Square farmer’s market in search of fresh ingredients. “The fish were gutted in front of me, which I felt checked the box for “something died for this meal,” which was one of my requirements. (I’m pescatarian, so it couldn’t have been a cow or a person, alas.)”

If you’re beginning to look at these dinner party photos with concern about fans valuing murderous style over ethical substance: don’t worry. The depth of discussion in Hannibal fandom suggests that everyone is well aware of the horrifying nature of the show. All this cooking and weaving of flower crowns is done with self-awareness and a healthy element of gallows humor—which fits perfectly with show’s morbidly funny tone.

“For me, it all comes down to paying homage to something you love in the most visceral way possible: by eating it,” explained Jessica Needham. “In the end food brings people together, it is at the core of how communities interact, share, and show they care. Food in this fandom is like being invited to the table of good friends, with good food that while beautiful, can be a bit of an acquired taste.”

When Hannibal was canceled on NBC, people joked that it ought to be renewed on the Food Network. In truth, it may already have been the most evocative cooking show on TV.