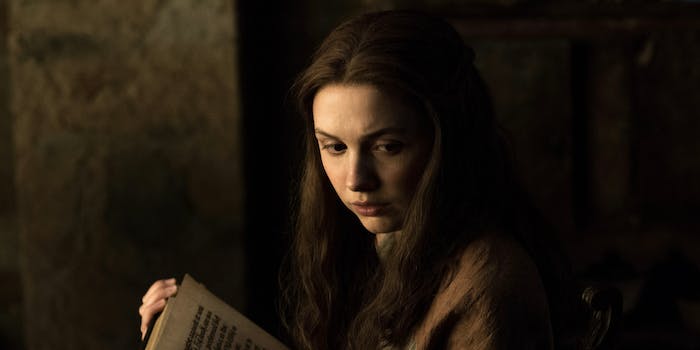 'I was not under the impression that there were multiple endings.'

The end of Game of Thrones is a long way off, but the ending itself has turned into its own mini-debate ever since HBO programming president Casey Bloys first suggested the idea of filming multiple endings to keep fans guessing. And now Hannah Murray, who’s been on Game of Thrones since season 2, has offered her own thoughts on the end of the show.

Nikolaj Coster-Waldau and Maisie Williams were both skeptical about the idea of multiple endings, and Emilia Clarke suggested that even she doesn’t know how the show ends. But Murray, who plays Gilly on the show, told the Daily Dot at Con of Thrones Saturday that she didn’t have any idea about the show filming multiple endings.

“So I only just heard that for the first time, just today,” she explained “I don’t—I was not under the impression that there were multiple endings, but I could be wrong and I could be being fooled and I could have [a] completely incorrect idea of how this season ends.”

We won’t have to face the end of Game of Thrones—both the show and the story—for a long time, but for Murray, it’s already come to an end.

“I finished filming, so I have already have had that kind of very emotional thing of it coming to an end,” she explained. “I mean, obviously, we’re going to do press and we’re all gonna be together at premieres and stuff, but it’s not gonna be the same as actually being on set. The big thing that I just felt very emotional about was the people. And I know I’m gonna keep in touch with some of them but not with everyone. It’s just that thing of going, ‘I’m just so used to coming back here every year and getting to hang out with this amazing cast and crew.’ And just not having that anymore is gonna be a real sadness, I think.”