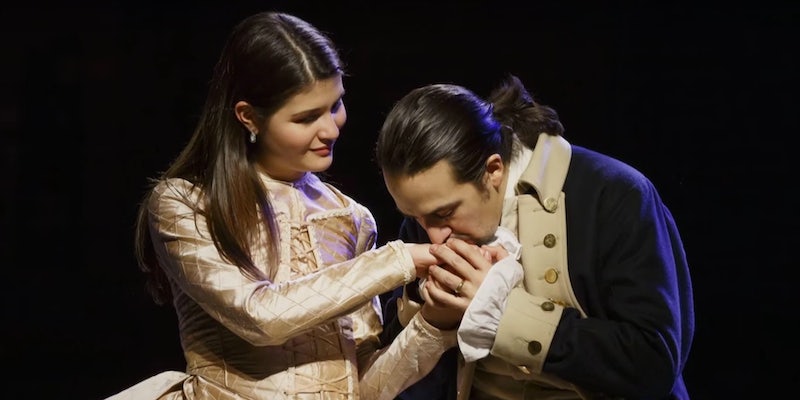 May you be satisfied with these ‘Hamilton’ Valentine’s Day cards

The hit musical Hamilton has essentially taken over every corner of the Internet and fans have remixed it with just about everything over the past year. Now they’re putting their spin on Valentine’s Day.

Food writer, photographer, and Good. Food. Stories editor Casey Barber has created a bunch of Hamilton Valentine’s Day cards—called Hamiltines for short—for her Etsy shop. Each card, which features a digitally printed watercolor painting, is about the size of a postcard (4-by-6 inches) and features lyrics from the musical, joining a small market of Hamilton-themed Valentine’s Day cards. 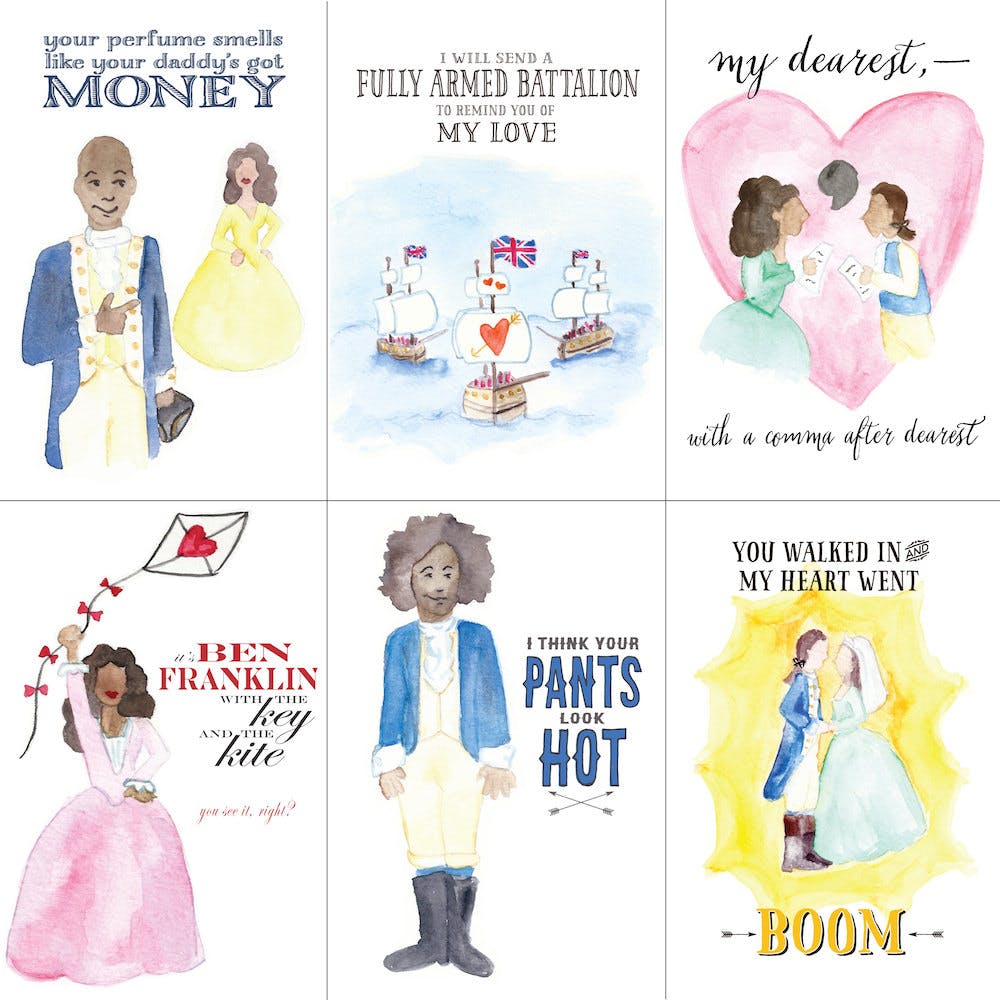 Barber has been a fan of Alexander Hamilton since 2004, around the time when she did press for the 200th anniversary of Alexander Hamilton and Aaron Burr’s famous duel (which is portrayed at the end of the show), but the founding father fell to the back of her mind until she discovered the musical and heard the opening number, “Alexander Hamilton,” for the first time. Like Eliza Schuyler upon meeting Hamilton in the musical, Barber’s heart went boom and she was instantly in love.

This is Barber’s first foray into selling her art, although she always wanted to be an artist; Hamilton provided the perfect outlet for it. She called the Hamilton Valentines “Hamiltines” because “I’ve never met a portmanteau I didn’t love.” (And Hamilton fandom has plenty of them through its many hashtag mashups.) 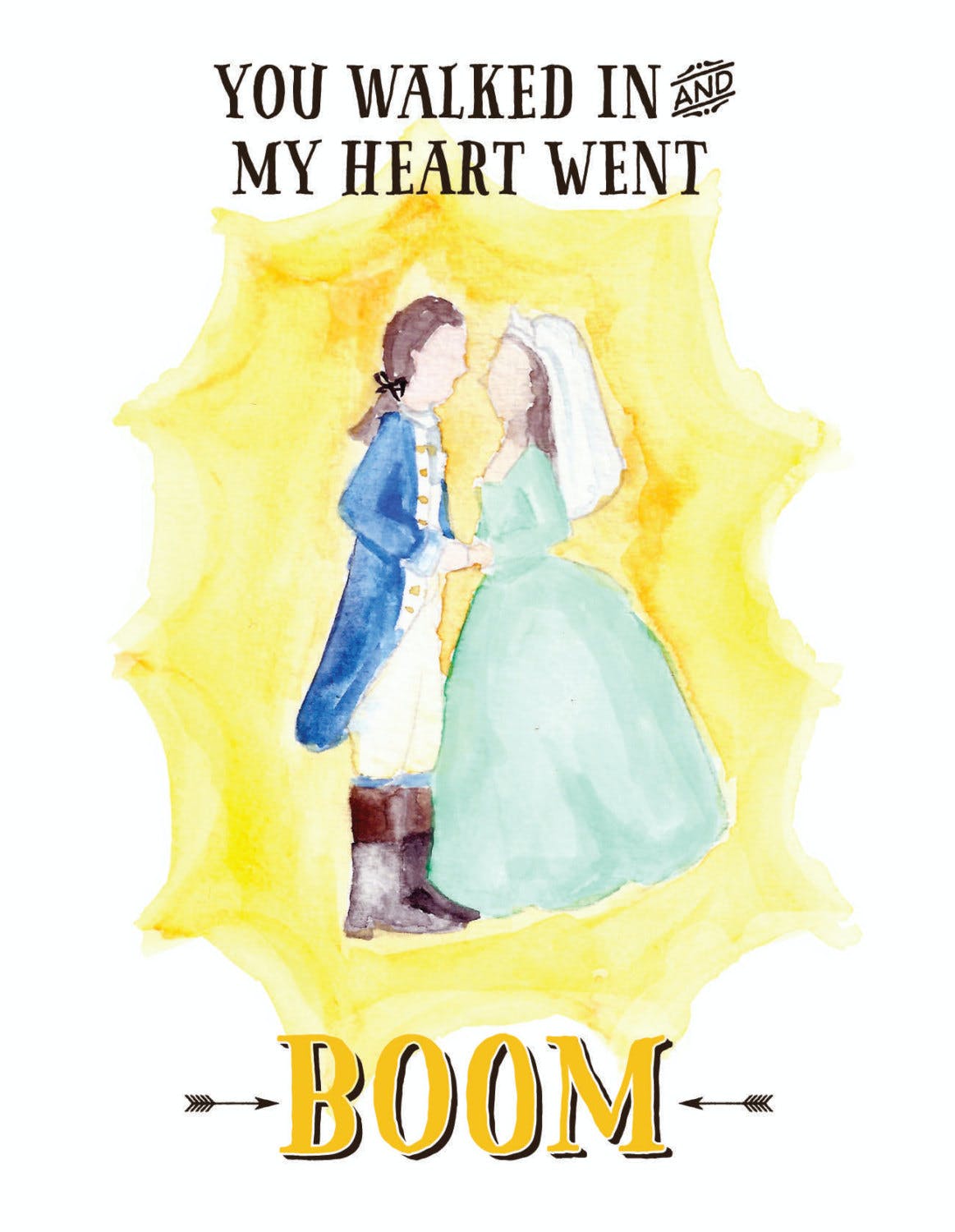 “I know I’m not the only person in New York (or America, or the world) who has had the soundtrack on constant repeat since it came out last fall,” Barber told the Daily Dot in an email. “So it’s been seeping into my brain, and I’ve been memorizing it, and singing it everywhere, and discovering that—like Joe Fox says about The Godfather in You’ve Got Mail—you can pretty much use any line from Hamilton to respond to someone’s question in real life. So there’s a lot that can be repurposed as flirty banner.”

While Hamilton is a story of how an immigrant overcame everything and helped form the U.S. as we know it today, it’s also full of love and plenty of inspiration for Valentine’s Day. “Helpless,” “Satisfied,” and even King George III’s breakup song “You’ll Be Back” are all perfect fits for your Valentine. 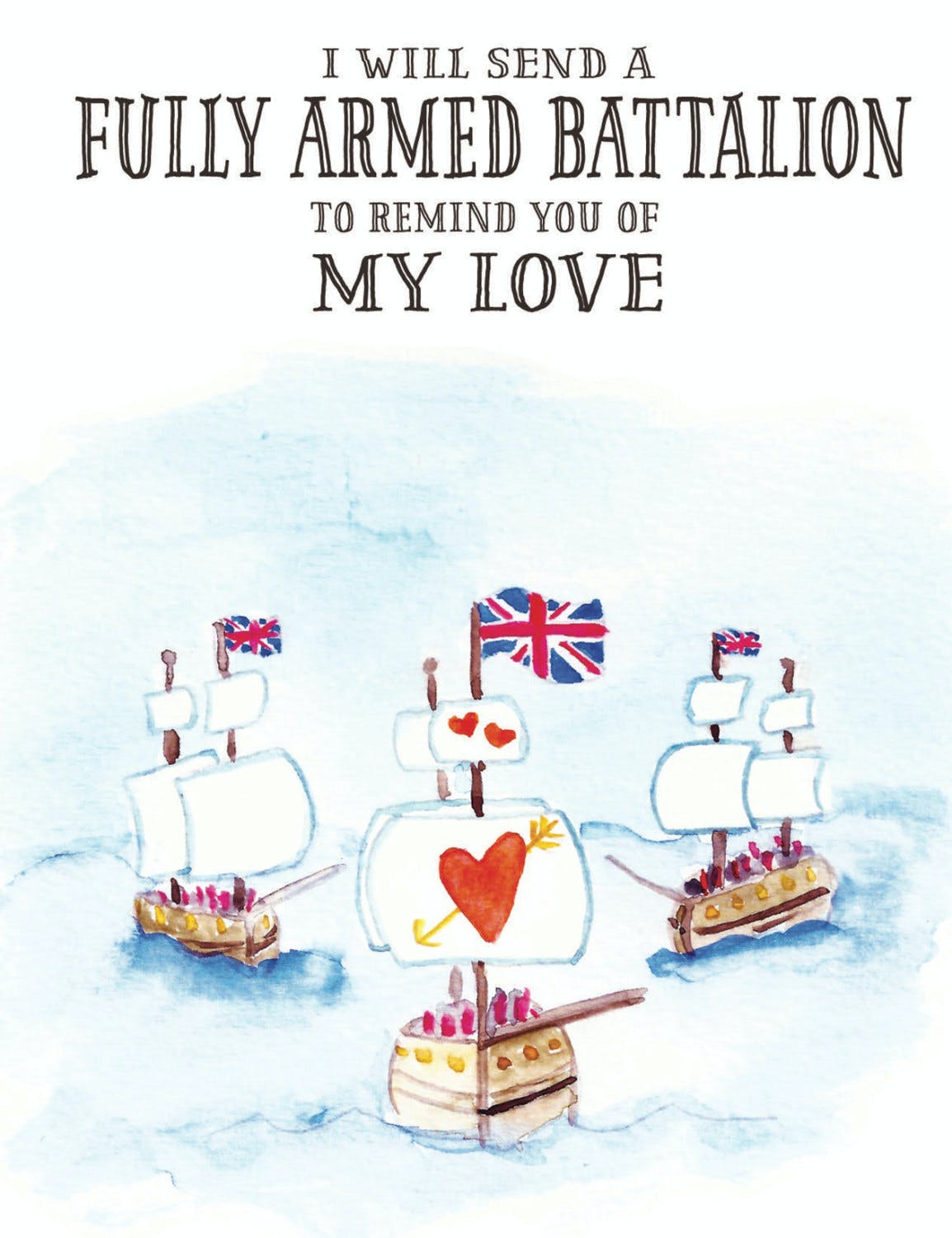 But even some moments that aren’t outright romantic can be turned into a Hamiltine with the right picture and tweaking. 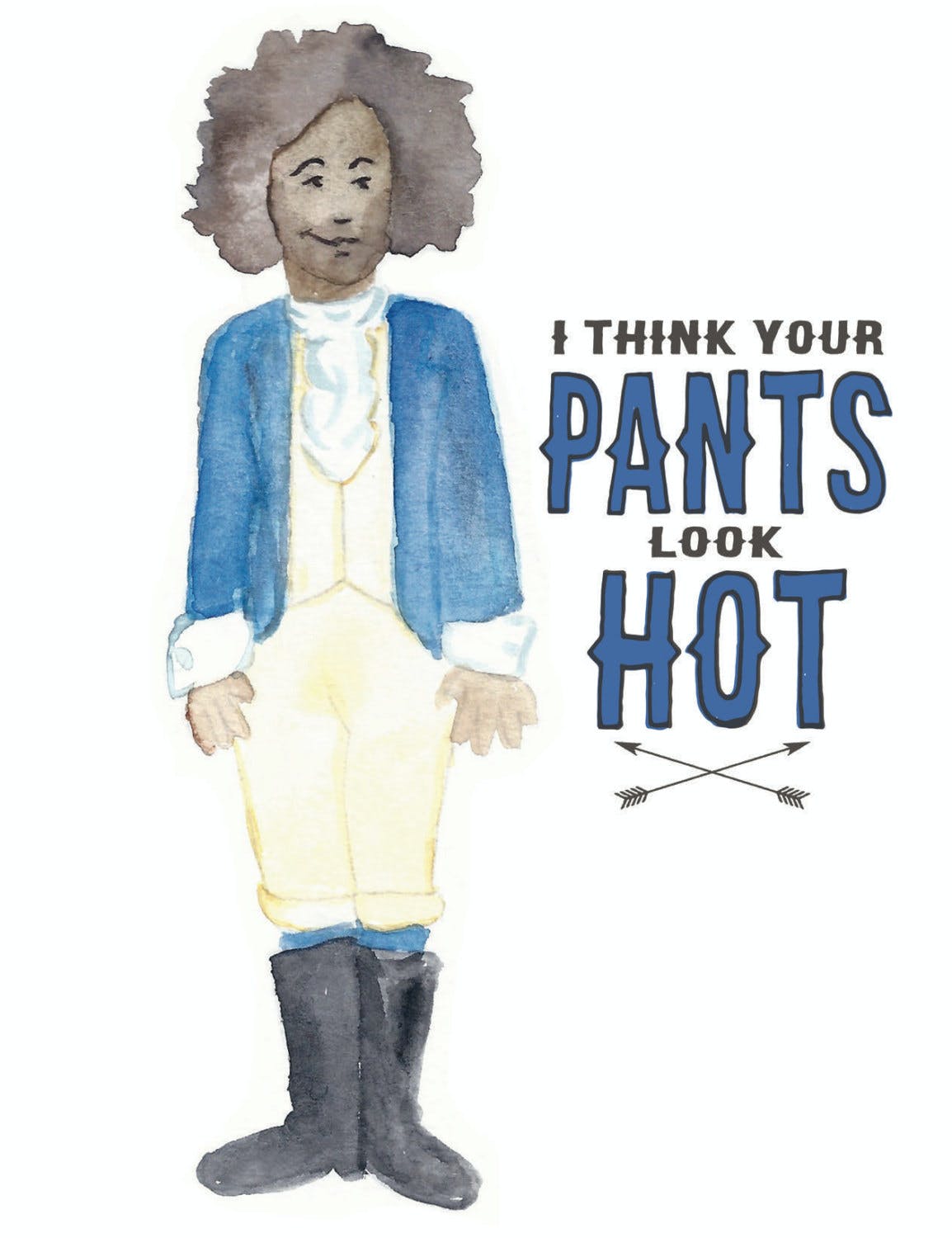 “It’s really a question of what line matches up with a specific mental image—believe me, I have a long list of lyrics ranging from sweet to a little racy that could be turned into Hamiltines,” she said. “It’s all about finding that sweet spot between lyrical and visual inspiration, and putting it together in a cute/amusing way.”

You can purchase single cards for $5 a piece or you can order all six available cards for $20, but she’s already got more ideas up her sleeve. She’s planning a Hamiltine sequel set as well as other original paintings inspired by Hamilton characters and the show.

“My day job as a food writer and photographer is pretty non-stop, but if Hamilton could write 51 Federalist essays in six months, I can make time to do a few more pieces,” Barber said. 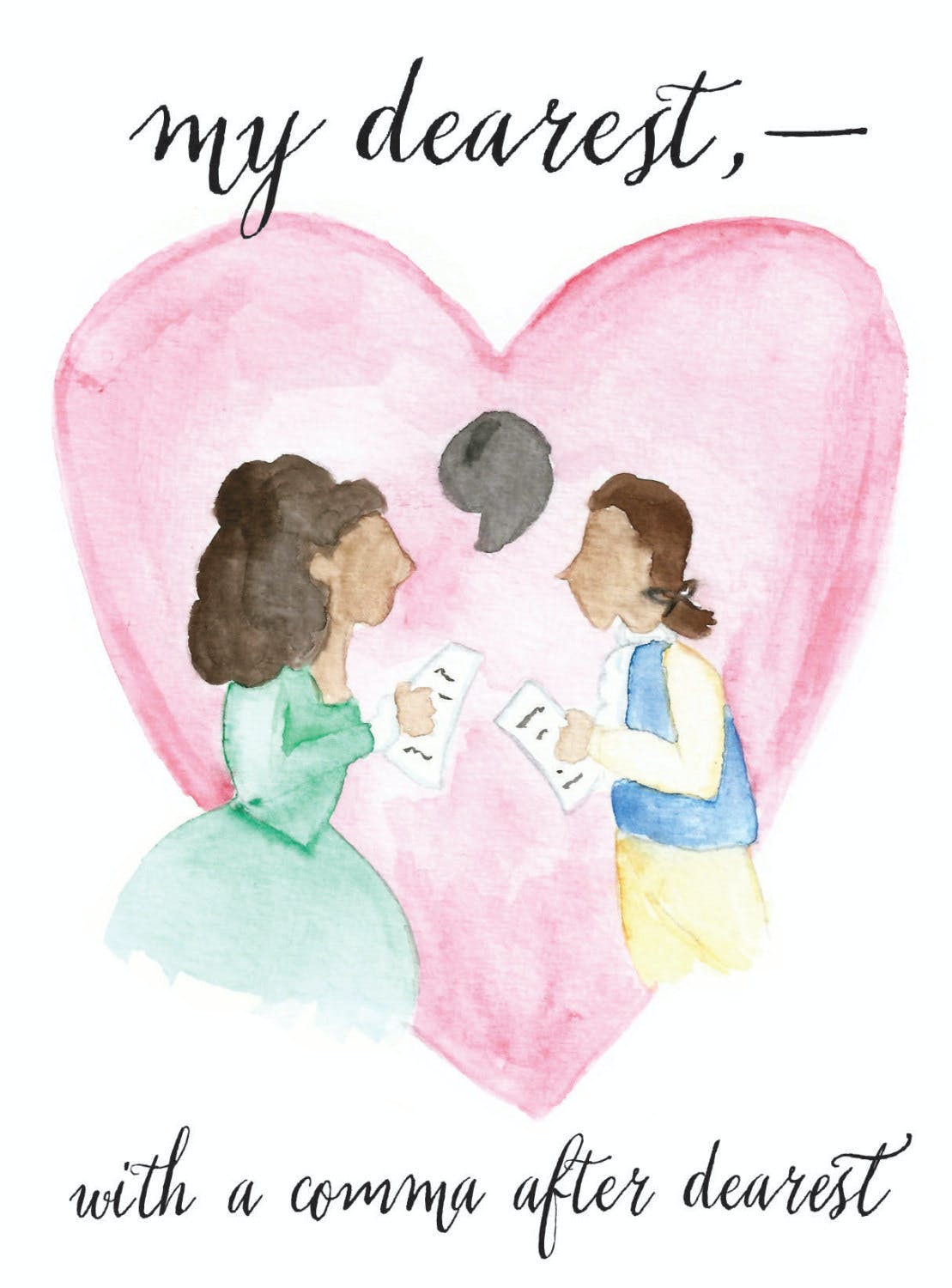