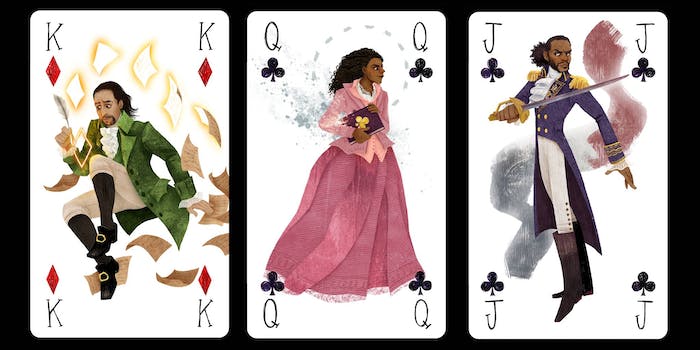 These 'Hamilton' playing cards reimagine the cast as college students.

Fandom tarot cards have been popular for a while now, and it’s easy to see why. They combine cool fanart with a Hogwarts-style process of sorting characters into personality types—plus, you get a new deck of tarot cards once you’re done.

Traditional playing cards are a little less common for some reason, so we were excited to come across this awesome deck inspired by Hamilton. Using Photoshop, Tumblr user birdloaf created a card for each of the musical’s main characters, sorted into the four suits. 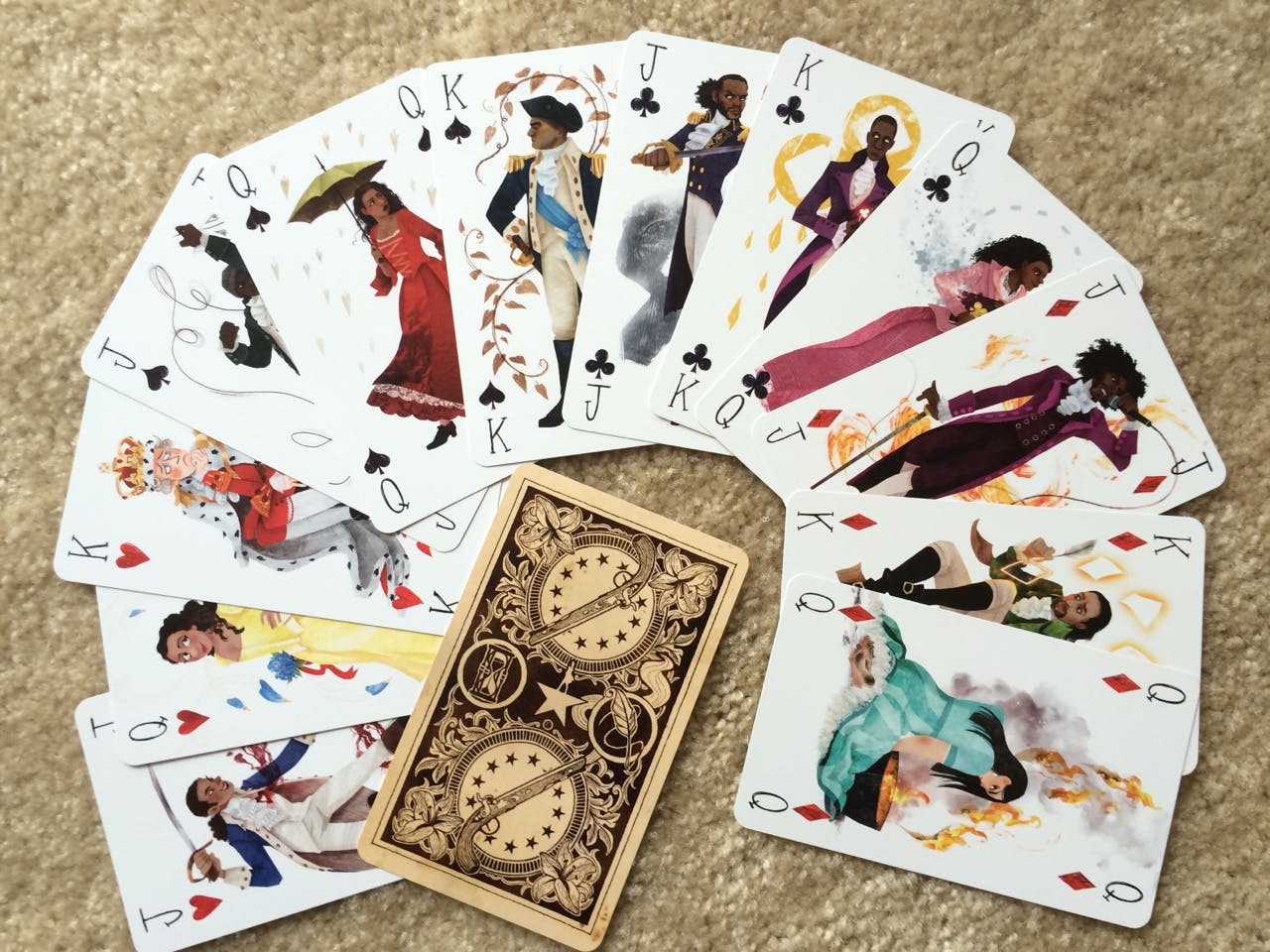 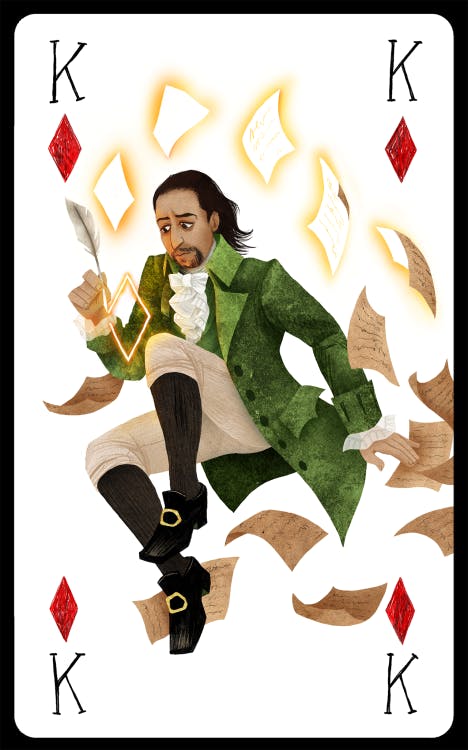 Birdloaf’s playing cards are thoughtful as well as beautiful, each one corresponding to the character’s role in the show. For instance, George III is the melodramatic King of Hearts, Thomas Jefferson is a mic-toting emcee, and Hamilton turns paper into diamonds with the power of the written word.

In an email to the Daily Dot, birdloaf explained that John Laurens was the easiest choice: the Jack of Hearts. “Impassioned, rebellious, bit of a martyr complex… plus his nickname was Jack.” 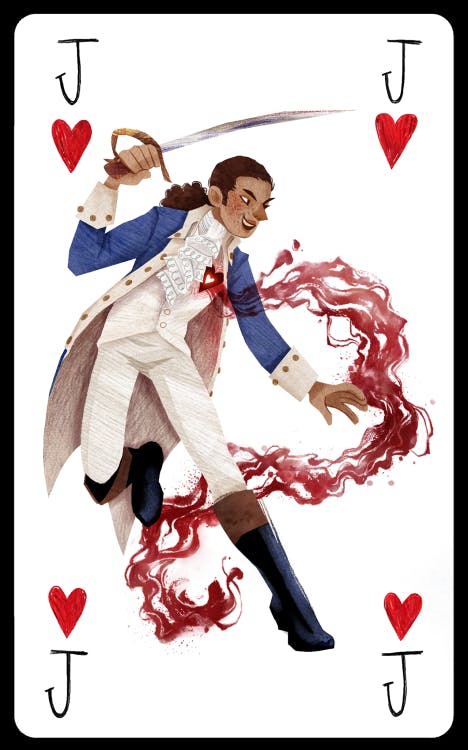 This kind of characterization choice has a lot in common with birdloaf’s other Hamilton fanart project, which follows a very different style: a college AU. 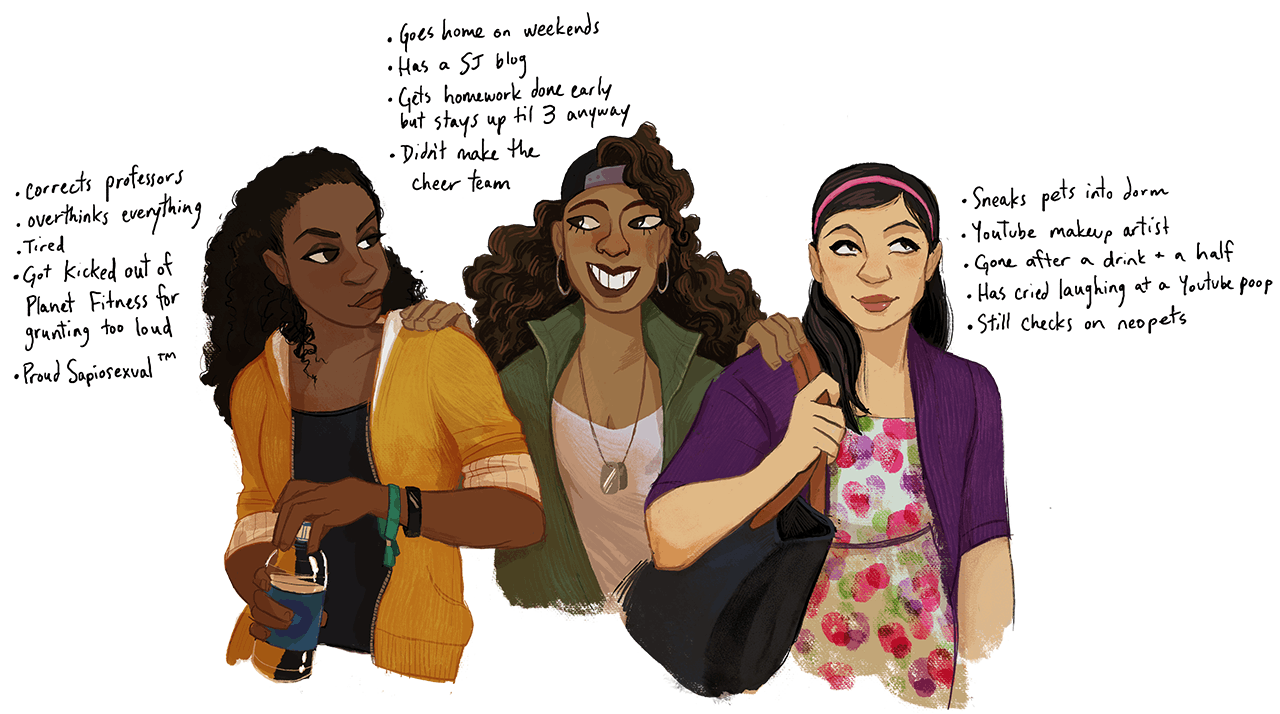 College AUs are one of the most popular subgenres of alternate universe fanfic, second only to high schools and coffee shops. It’s also a perfect choice for Hamilton, which highlighted the youthful scrappiness of America’s revolutionary history. Birdloaf’s ragtag bunch of students and activists are a fun update of Lin Manuel Miranda‘s characters, a remix of a remix.

“I think it started with people joking on tumblr about Jefferson being a Vape Bro since his character in the musical is, to put it lightly, kind of a tool,” birdloaf told us. After that, she wound up livestreaming her drawing process so viewers could contribute details like Laurens’ tattoos. 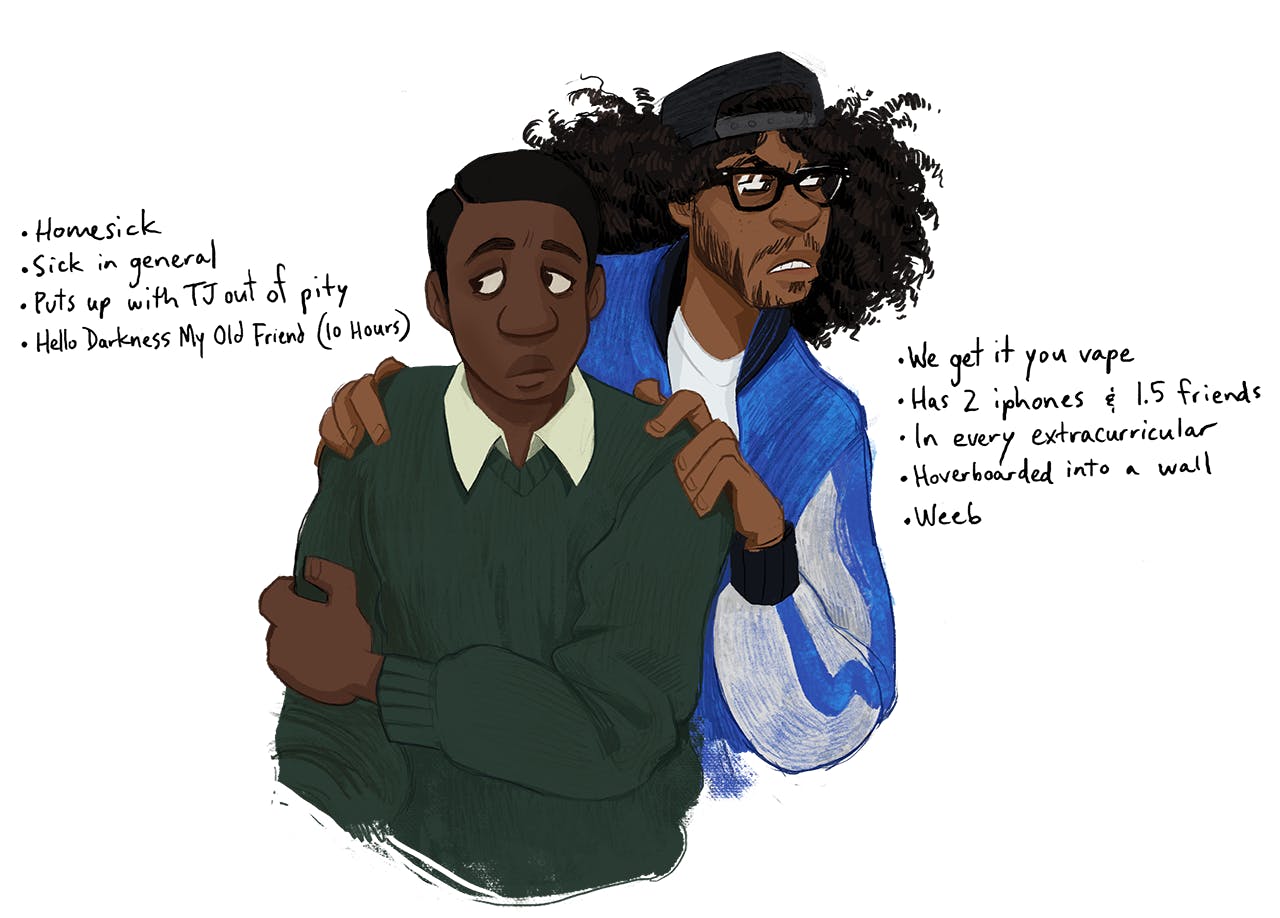 Nothing is more accurate than Alexander Hamilton as a caffeine-eyed undergrad with carpal tunnel, juggling three majors and a retail job. This fanart series is on point.