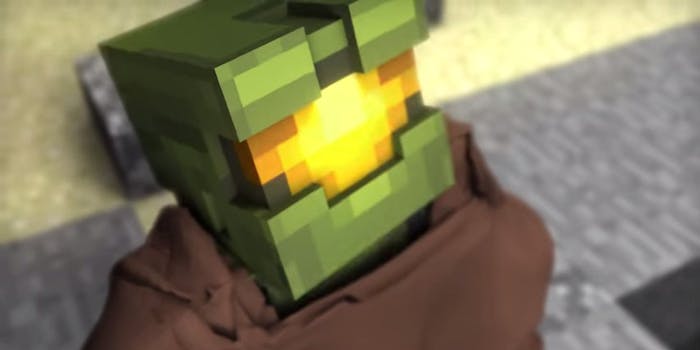 Someone has already blockified the Halo 5 trailer in Minecraft

Halo 5 made it to Minecraft before the game even comes out? Impressive.

Minecraft players like to use the game’s creative abilities to bring scenes from non-Minecraft games to new, blocky life, from Azeroth in World of Warcraft to Utopia in Bioshock. Now, one user isn’t even waiting for a game’s release before building it in Minecraft.

YouTube user and Minecraft gamer Spawn Solo faithfully recreated the trailer for Halo 5 in Minecraft. With intricate and hilarious accuracy, Spawn Solo no doubt thrilled fans of the well-received Halo franchise just as much as when the actual trailer was released.

OK, maybe not that much.

See for yourself how it compares to the original.

Hopefully Spawn Solo doesn’t just draw the line at video game trailers, because the previews for Dumb and Dumber To could certainly benefit from some actual blockheads.