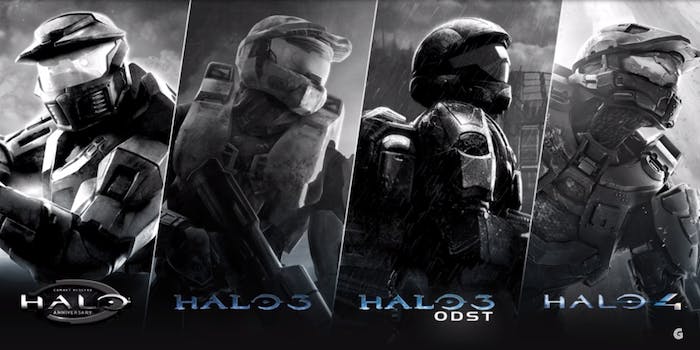 Halo fans get plenty of exciting news at RTX 2017

The news kept on coming.

Everyone who was disappointed at the lack of Halo at E3 2017, never fear. Frank O’Connor, the franchise development director at 343 Games, joined Rooster Teeth‘s Burnie Burns and several others in a Sunday morning panel at RTX 2017 in Austin to announce upcoming Halo news.

The panel on Saturday saw only a few new announcements, but they were all good news for Halo fans. Halo 3, along with Halo 3: ODST, Halo 4 and Halo: CE Anniversary will all soon be playable on your Xbox One via backwards compatibility. Every Xbox 360 Halo map will also be available for free.

For people that already own the games for 360, this is great news. Even better is the fact that DLC for the games will also be available for free. Previously released news about Halo Wars 2 was touched upon, with a brand new mode called “Terminus Firefight” headed our way along with an expansion for Halo Wars 2 called “Awakening the Nightmare.”

Later this year, fans will see Halo 5 receive an update to support true 4k with the release of Xbox One X, and Halo Wars 2 season pass holders will see two new Banished leaders: Serina and YapYap the Destroyer.

The panelists took the rest of their hour-long slot easy, playing a new game called Halo Match Game with fans to see who could guess what the members of the panel would say to questions like “Had Burnie been in charge of the Halo 5 story, the main antagonist would have actually been ___.”