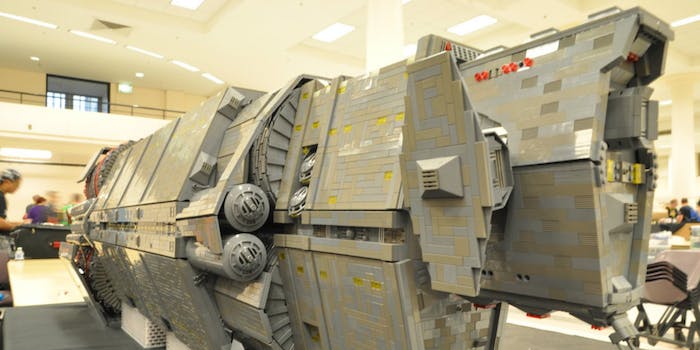 This might be the largest Halo construction toy, ever.

This guy should have used Halo Mega Bloks, not Lego, to build a massive replica of a Halo spaceship. He probably could have gotten the bricks for free, instead of spending $7,000 for the build.

Lego builder Lee Jones took three and a half years to build a Lego version of the Pillar of Autumn, the spaceship that’s like a narrative bookend for the original series of five Halo games developed by Bungie. This huge sculpture was shown at BrickCon, the annual Lego enthusiast convention held in Seattle back in October. 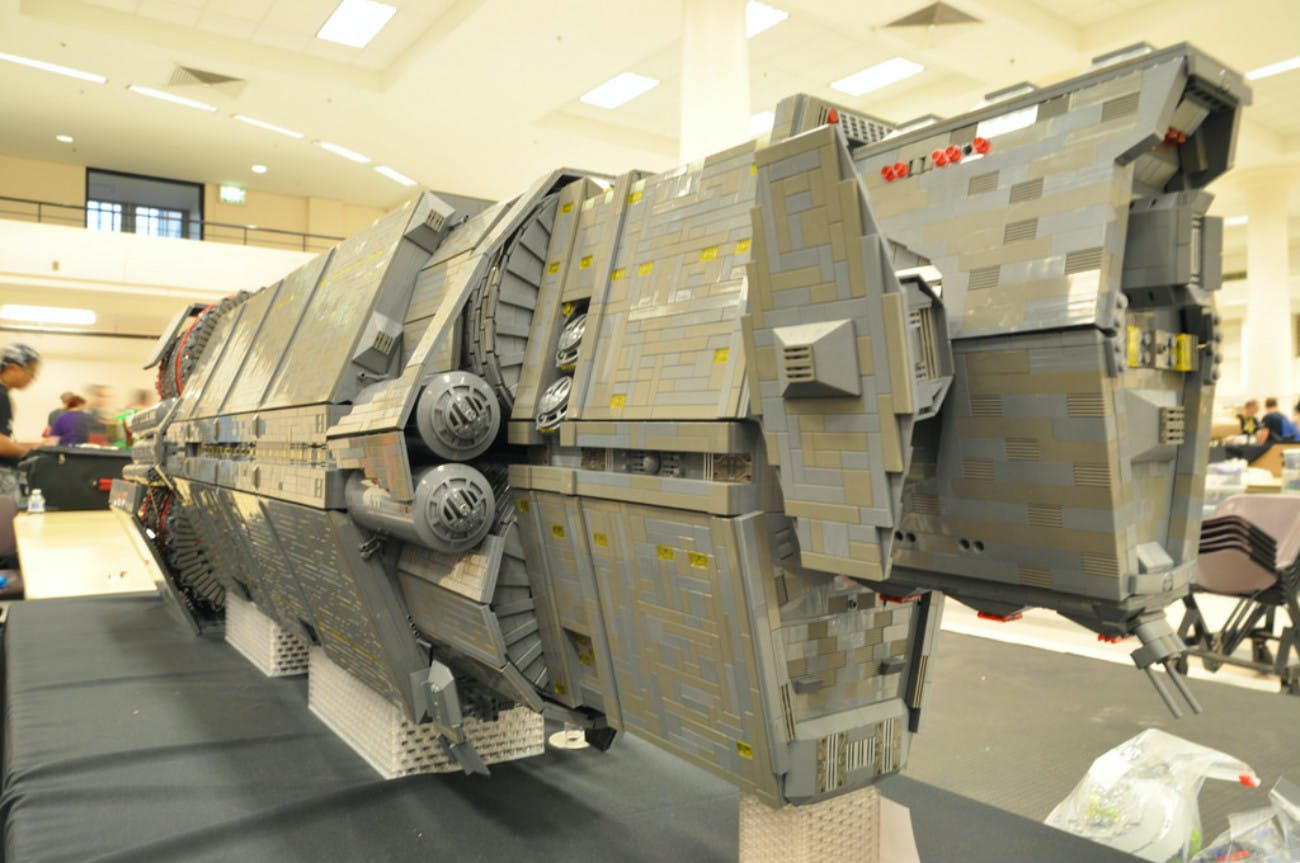 Halo: Combat Evolved (read: Halo 1) begins with the Pillar of Autumn discovering a Halo ring, the iconic structures after which the series is named. Halo: Reach ends with the player delivering Cortana, an artificial intelligenec, onto the Pillar of Autumn, after which the giant ship takes off from the planet’s surface. For a Halo fan, this huge sculpture is pretty damned awesome to look at.

And even if you’re not a Halo fan, you can appreciate the hours put in to recreate the spaceship.

We can’t blame Jones for going thousands of dollars out of pocket for Lego bricks, rather than hitting Mega Bloks up to advertise their brand of construction toys. Lego art is serious business.

Correction: The entity that Noble Six delivers to the Pillar of Autumn in Halo: Reach is the artificial intelligence Cortana.