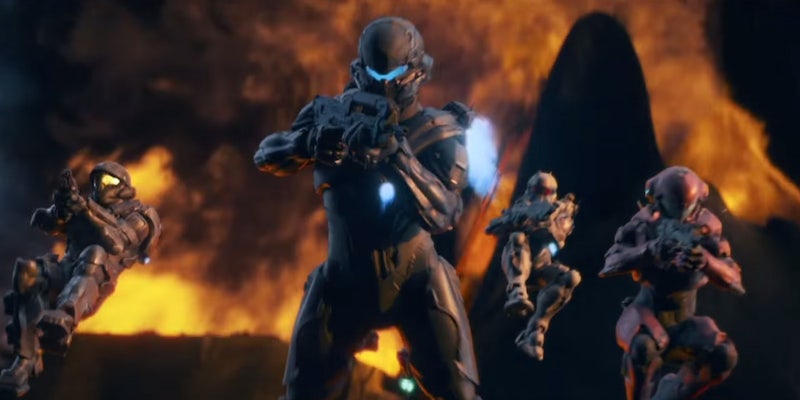 This is what it looks like when you mix Spartan supersoldiers, aliens, guns, and downhill skiing.

One look at the Halo 5 opening cinematic makes it clear that developer 343 Industries is not screwing around when it comes to showing what the Xbox One is capable of.

Nathan Fillion reprises his role as Edward Buck, first seen as an Orbital Drop Shock Trooper in Halo: ODST, now returning as a Spartan-IV supersoldier. Buck, his fireteam leader and Halo 5 co-star Spartan Locke, and the two other members of Fireteam Osiris jump out of a dropship from an impossibly-high altitude, sans parachutes.

Buck, Locke, and their fellow Spartans proceed to leap down a snowy mountain while killing anything and destroying everything in their way. This is not gameplay footage, but it’s still an impressive three-and-a-half minutes that will get any Halo fan’s blood pumping.

Halo 5: Guardians will be released for the Xbox One on Oct. 27.