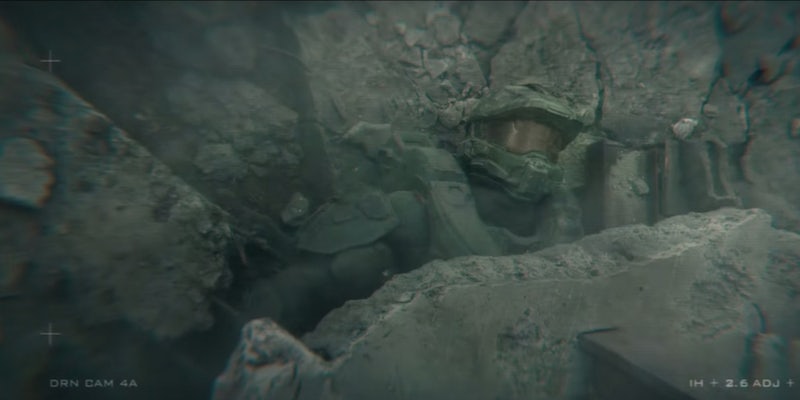 Humanity mourns the death of its greatest hero.

In the new live-action teaser for Halo 5: Guardians, the human race is collectively stunned when the death of Master Chief, the hero who saved us all, is announced.

In the commercial, which premiered during Sunday Night Football, humanity mourns the death of Master Chief, also known as John 117, the Spartan super-soldier who saved civilization from extinction in Halo 3 and destroyed another threat to our species in Halo 4.

Master Chief isn’t actually dead, of course, or Halo 5 wouldn’t be much of a game. The Blue Team opening cinematic, released on Wednesday, shows Master Chief up to his old tricks, along with three childhood friends and veterans from the Spartan program.

That the new commercial aired during a primetime football game offers a sense of just how high-profile the latest Halo game is.

Halo 5, which will be released exclusively for Xbox One on Oct. 27, is the first new Halo game on Microsoft’s latest console—and after the disappointing, almost nonfunctional release of The Master Chief Collection last year, Halo series developer 343 Industries has something to prove.

The new teaser is the latest in a long line of live-action commercials for the Halo series.