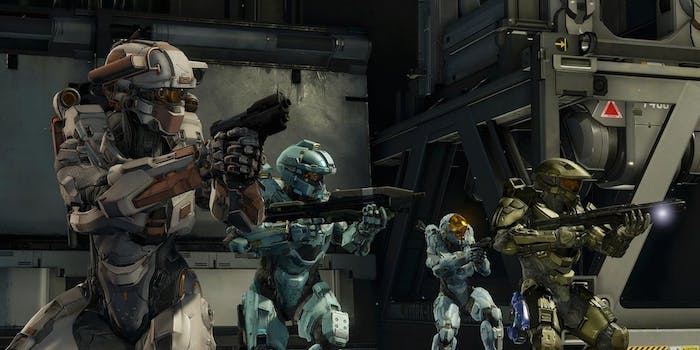 We got our hands on Halo 5 for two preview campaigns.

Of the many things that Halo: Combat Evolved established for its then-burgeoning universe, the one theme that has been a constant is that Master Chief’s role of the hero isn’t a solitary one.

The initial scenes within the expansive hangars of the UNSC Pillar of Autumn conveyed as much, as space marines readied-up for the next Covenant invasion. Since then, a lot of the playable franchise has been about other Spartans as much as it has been about Master Chief. For every mainline Halo, you have Halo: Reach, Halo 3: ODST, and Halo: Spartan Assault. For many fans, Halo 5: Guardians might be the first Halo that gives equal weight and attention to both Master Chief and a supporting character. In this case, it’s Agent Locke, a Spartan who was introduced to the franchise in Halo: Nightfall.

The soldiers in Halo have come a long, long way from being mere fodder. The increased usefulness of A.I. allies isn’t unique to Halo 5: Guardians. From Ghost Recon: Future Soldier to Metal Gear Solid V: The Phantom Pain, developers in recent years have learned how to refine the behaviour of cooperative A.I. so that they’re helpful without nerfing the overall experience. And even if they make playthroughs slightly easier, you can always balance out the challenge on harder difficulties.

The one feature that makes Halo 5: Guardians a distinctly modern Halo is the ability to give orders to your team. Developer 343 Industries had a goal to strike a balance between practicality and simplicity with context-sensitive objective marking. Mark an enemy and your squad assumes you want that target neutralized. Mark anything else and your squad assumes you want them to that waypoint. 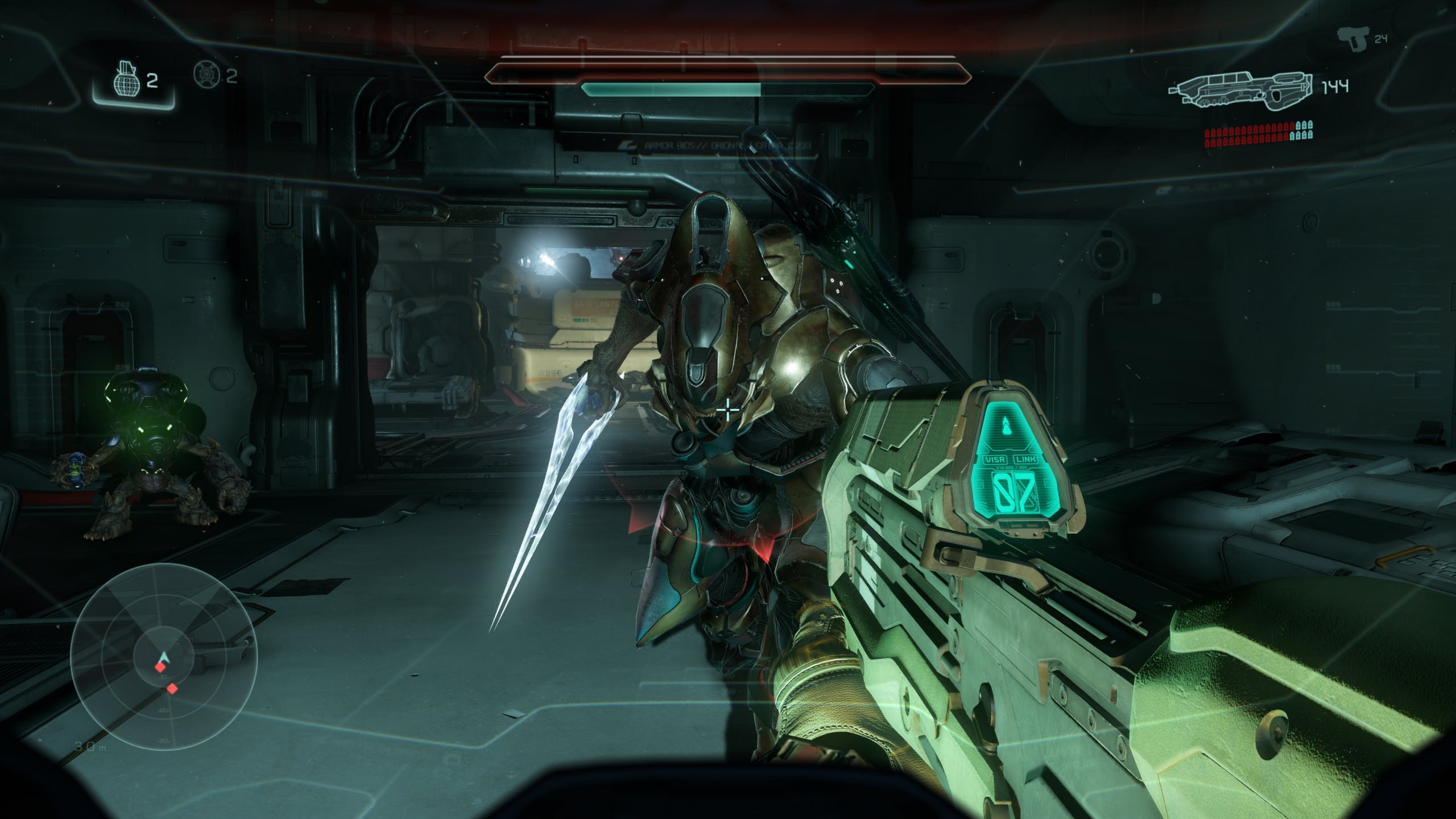 And it’s not a mere squad of Master Chief clones supporting you. Reminiscent of Noble Team from Halo: Reach, these gender-diverse, weapon-specialized groups of support operatives look and act like they could be protagonists in their own spin-off. They are often capable of reviving you if you’re on your last legs—not an uncommon feature in action games today, but certainly new to Halo. It’s just one of the myriad Spartan abilities that are intended to set Halo 5: Guardians apart from its predecessors. Much of these new skills feel like response to the recent trend in increased first-person shooter mobility seen in Call of Duty: Advanced Warfare and Titanfall. On the Normal difficulty setting, these enhancements in dashing, ground pounds, and mid-air hovering feel like optional perks, not crucial to completing missions. Knowing these abilities might prove essential in the harder settings; they’re certainly mandatory for any kind of success in multiplayer.

For a 15-year-old game franchise like Halo, one should expect that a new campaign like the one in Halo 5: Guardians will have narrative and game design parallels from the past. As the middle installment to this second trilogy, it’s fitting that these echoes conjure memories of Halo 2. Boarding a gargantuan Kraken isn’t all that different from the first time you boarded a Scarab uninvited. And the intertwining storylines of Master Chief and Agent Locke don’t feel all that different from the dual narratives of The Arbiter and Chief. We’ll have to wait and see how cordial or adversarial the two Spartans are when they cross paths during the campaign. My most recent hands-on session with Halo 5: Guardians’ campaign was made up of a curious two-mission sample that effectively did little to hint at the game’s overall story. If you knew nothing about Halo, you would’ve assumed that these were two separate and isolated missions by two teams of space marines operating like all-business Navy SEALs. The self-contained nature of these missions are unusual for a Halo campaign, so I’m all the more curious about how these episodes will fit in the larger narrative.

One personal highlight from this playthrough involved a quick and dirty takedown of the Kraken, the humongous, walking, fortified base. Years of playing Halo gave me enough visual knowledge on how to accomplish this, setting my own mini-goals along the way without hand-holding from the game itself. That started with taking out some of the turrets, minimizing resistance as I landed my ship on the Kraken. Then before I started to fire away at its core, I made sure I knew to mentally map out at least one exit route with an escape ship. After all, it wouldn’t be a Halo game without some kind of dramatic escape.

As I look forward to the final version Halo 5: Guardians being released on Oct. 27, I’m reflective of how I anticipated Halo 4 and how its sense of narrative mystery was one of its draws. It was unlike Halo 2 and Halo 3, where I had an early idea of the direction of the stories, especially since both of those games’ stories were teed-up from cliffhangers. Like Halo 4, I love that I don’t have an inkling on how Halo 5: Guardians will unfold, even after playing two story missions.