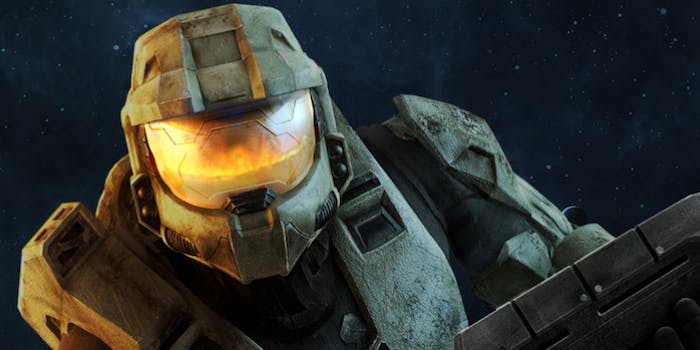 It's actually a really sweet message.

YouTube user Lord Zedd has uncovered a secret in Halo 3 that’s been hidden since 2007, through the use of his modding skills and with help from the Easter egg hunter community.

Being the first person to discover a hidden secret or content in a video game, also known as an Easter egg, is a mark of distinction for gamers. The more hidden the secret, the greater the cred for making the discovery. Being the first person to discover a seven-year-old Easter egg, in a game as important to the core gaming community as Halo 3, is like an archeologist making a major find at a dig.

The secret that Zedd shared on YouTube is a happy birthday message from Adrian Perez, an engineer at Bungie during the development of Halo 3, to his wife, Lauren. The message appears on a loading screen, very faintly, for just a few seconds. The message only appears on Christmas, so the key to unlocking the secret is setting the Xbox 360’s clock to Dec. 25. Skip to 1:04 in the video to see the secret revealed.

343industries.org, a fan site for the Halo franchise, tells the tale on its website of how the hunt for the Easter egg began. In 2012, multiplayer engineer Jon Cable revealed that a secret that only appeared on a given day was still undiscovered. Perez then confirmed the existence of the undiscovered Easter egg, and gave the additional hints that it was somewhere on the loading screen.

“After seeing someone post an older date-based graffiti Easter egg in Halo 3 that shows up on July 7, among other dates,” Zedd told the Dot via email, referring to examples like the Easter eggs you can see in this video. “I was reminded of the loading screen egg that was teased in the past.”

As a modder, Zedd knew how to read Halo 3’s programming code, and discovered that these other Easter eggs were also triggered on the game’s loading screen. He combined this knowledge with a check for likely suspects for other dates that might trigger Easter eggs, and trial-and-error for the correct button combination on the loading screen to trigger this last, remaining secret.

Even then, the final discovery came from feedback from other community members.

“As a modder I run my games from the hard drive for general ease, but unfortunately when it comes to this Easter egg it also means my game loads too fast to notice anything further about the loading screen,” Zedd said. Other modders who were running Halo 3 off the game disc, and thus saw the loading screen at a slower pace, discovered the text of the birthday message.

Easter eggs are often discovered through these sorts of group efforts, with Halo 3 players in the past forming teams online to play through levels and follow hints left by Bungie on the company discussion forums.

Correction: An earlier version of this story misidentified 343industries.org, a fan site that’s not affiliated with either 343 Industries or Microsoft.