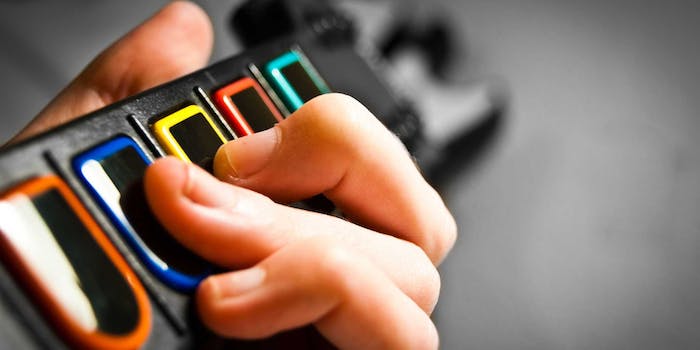 Just last week we reported that Rock Band, the plastic peripheral musician simulator, would be making its triumphant return later this year. Not to be outdone, Activision will also be bringing back Guitar Hero, at least according to a report from Kotaku U.K.

An unnamed source told the publication that Activision could unveil the new Guitar Hero during E3 later this year for Xbox One and PlayStation 4. With sales of the Wii U nowhere near that of the original Wii, it’s not clear if Activision will bother bringing it to Nintendo’s home console.

According to the report, Activision could abandon the more cartoony style of the previous series, which was shelved in 2011, and go for a more realistic look. If true, Guitar Hero and Rock Band would look even more similar than they already are.

Right now many are wondering which studio will be taking up the project. Both Red Octane and Neversoft, which developed the games in the past, have since been shut down. Vicarious Visions, which worked on the Wii, Nintendo DS, and iOS iterations of the game, will probably not be a contender because the source claimed that the game would be developed by one of Activision’s West Coast studios.