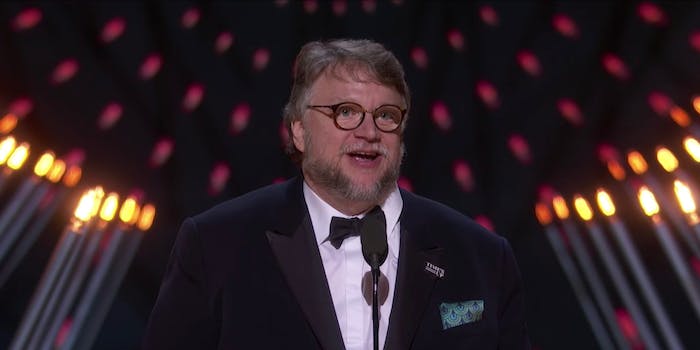 Guillermo del Toro is getting a Netflix horror anthology series

He'll write and direct 'certain episodes' of the series.

Guillermo del Toro will get to tell even more of his stories in his own Netflix horror anthology series.

Netflix announced Monday that it’s teaming up with del Toro for Guillermo del Toro Presents 10 After Midnight, which is described as a “collection of personally curated stories, that are both equally sophisticated and horrific.” It’s the second team-up for del Toro and Netflix, which already airs his animated Dreamworks series Trollhunters, now in its third season.

Del Toro will be on hand to write and direct “certain episodes,” but he will also personally select genre writers, directors, and filmmakers to tell the kinds of stories he wants to tell.

Little else is known about Guillermo del Toro Presents 10 After Midnight, which is del Toro’s first live-action series and his first major move after launching a movie label last month. There’s no indication of how many episodes will air or when the show will debut on Netflix.

However, if the tone and themes are anything like some of his best films and the ones adored by fans, viewers will have plenty to look forward to when those stories do hit our screens.