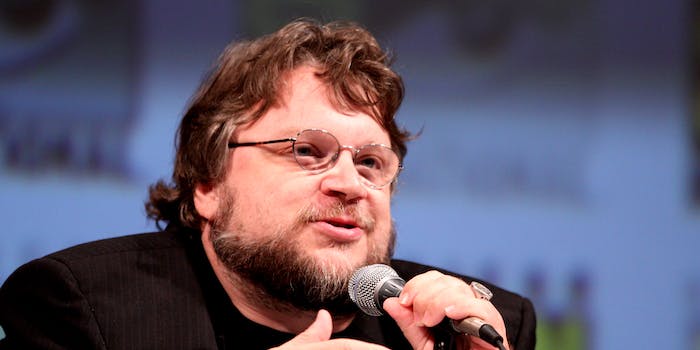 Guillermo del Toro is launching his own movie label

Guillermo del Toro was meant to be taking a break after The Shape of Water, but he’s already got another major project on his hands. Fox Searchlight is launching a new movie label with del Toro at the helm, focusing on sci-fi, fantasy, and horror.

According to the Hollywood Reporter, the deal will see del Toro “write, produce and direct live-action feature projects.” This includes movies from other filmmakers, with del Toro as the curator. Since he already has a history of mentoring up-and-coming filmmakers like The Orphanage‘s J.A. Bayona, this seems like an ideal arrangement. It’s also exciting news for sci-fi/fantasy cinema in general because these genres are dominated by big-budget franchise products.

With del Toro in a position of power, we’re likely to see more offbeat, mid-budget movies get made. (Remember, he made The Shape of Water and Pan’s Labyrinth for around $20 million, which is practically pocket change by blockbuster standards.)

The first movie under Fox Searchlight’s new label is called Antlers, a supernatural thriller about “an elementary school teacher who takes in a troubled student who harbors a mysterious family secret.” It will be directed by Scott Cooper (Black Mass). Del Toro hasn’t announced his next directing project, but since he already said he’s taking a year’s sabbatical, you may have to wait a while.