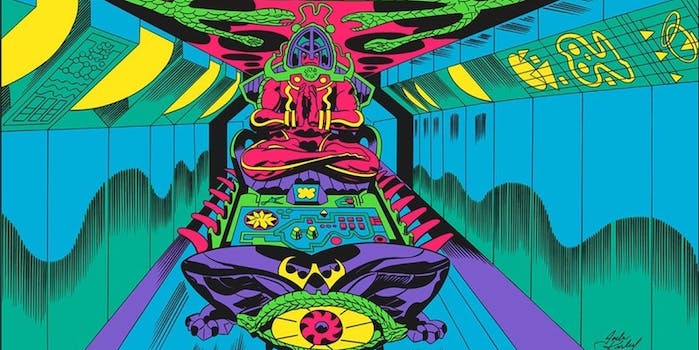 The famed director offered up an impromptu tribute to one of the comic-book world's biggest names.

We all know that Guillermo del Toro is a huge fan of horror. But the director of Hellboy has his equally deep geek roots in comics culture, as he reminded his Twitter followers Thursday when he issued a spontaneous tribute to a comics legend.

Artist and writer Jack Kirby, who died in 1994, remains one of the most influential creators in comics history. Kirby—the creator or co-creator of countless Marvel superheroes like Captain America, Black Panther, and most of the Avengers and X-Men—was a towering, award-winning figure who worked on both Marvel and DC characters for decades, wrote many of his characters’ most seminal arcs, and delivered unforgettable artwork still idolized to this day.

But Kirby was perhaps best known for the truly larger-than-life feel of his superheroes and monsters—as del Toro eloquently noted in a series of tweets.

Part 2: No one- ever- drew monsters like Kirby. Regardless of size, his creations had drama and style. Kirby Power. pic.twitter.com/CiIcfN9uqU

While Kirby is no longer with us, his vision lives on in the pages of today’s comics—and in the hearts of fans like del Toro.