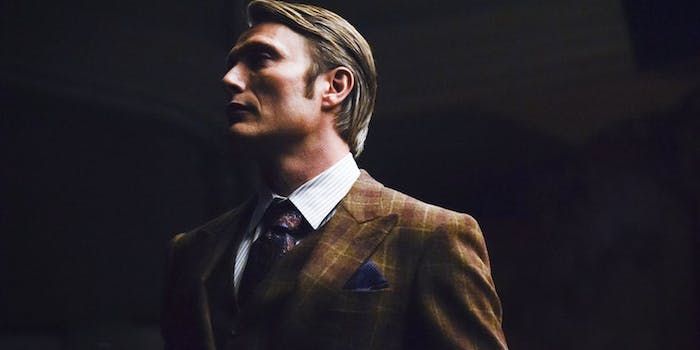 Guillermo Navarro to direct an episode of ‘Hannibal’

He is the perfect choice of director for this show.

As further proof that Hannibal is the best horror drama on TV, Guillermo Navarro has signed on to direct an episode in season 3.

Navarro, who won an Oscar for his cinematography on Guillermo del Toro’s Pan’s Labyrinth, will join director Michael Rymer (Battlestar Galactica) in direction two of the three remaining episodes in the season. This news comes via the April newsletter from Hannibal‘s producers, the De Laurentiis Company.

Showrunner Bryan Fuller has a penchant for combining visceral and psychological horror, with a special focus on art direction. It’s easy to draw parallels between a movie like Pan’s Labyrinth and the magic realist nature of Will Graham’s monstrous hallucinations in Hannibal.

With earlier episodes directed by Vincenzo Natali (Splice) and Neil Marshall (The Descent), Hannibal clearly has no problem attracting big-screen talent. Ratings, on the other hand, are another matter entirely. While Hannibal has achieved critical acclaim throughout its run, its viewership numbers are not exactly stellar. If the third season winds up being its last, then at least Navarro will help the show go out in style.

“The inaccurate information was the result of a miscommunication in the process of editing our April newsletter. We take full responsibility for the error, and extend our most sincere apologies.We are sorry to have disappointed anyone. “

Despite the awkward coincidence of the news coming out on April 1, this wasn’t an April Fool. The Facebook post ends, “Whereas we would love to have Guillermo Del Toro direct an episode, his schedule simply did not allow for that this season. Again, our most sincere apologies.”

Gang, we are sick over the Guillermo Del Toro misinformation. We will work hard to earn back your trust. We're sincerely sorry.