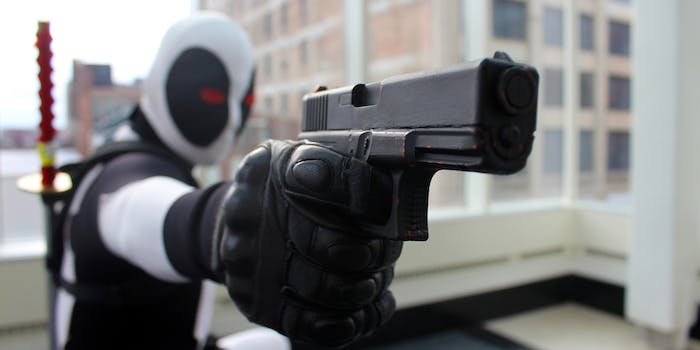 It's a critical crash course.

While Star Wars fans are gearing up for the day The Force Awakens hits theaters, Marvel fans have another rapidly approaching milestone to cheer about: The long-awaited Deadpool movie is just two months away.

Once nerddom has settled down from its Star Wars hysteria, you can bet the Deadpool discussions will take center stage. Why not get ahead of the game and start brushing up on your Merc with a Mouth?

This new infographic from Pure Costumes has done just that, giving you a rundown on his litany of impressive superhero powers, his likes and dislikes, and his friends and enemies.

Though Spideypool fans will be disappointed not to see his snarky frenemy relationship with the webbed wonder mentioned, Cable fans will be happy to see him listed in the nebulous category of “lovers, friends, and allies.” Then again, since this is Pansexual Pride Day and Deadpool is one of the most notable pansexual characters in the fictional pantheon, that’s probably the most fitting title for his relationships.

The Deadpool movie will be released on Feb. 26, which gives you plenty of time to start getting your trivia down before your next cocktail party. Or, rather, since this is Deadpool we’re talking about, your next wait in line at your favorite taco food truck. Chimichangas, anyone?

Photo via patloika/Flickr (CC BY 2.0)