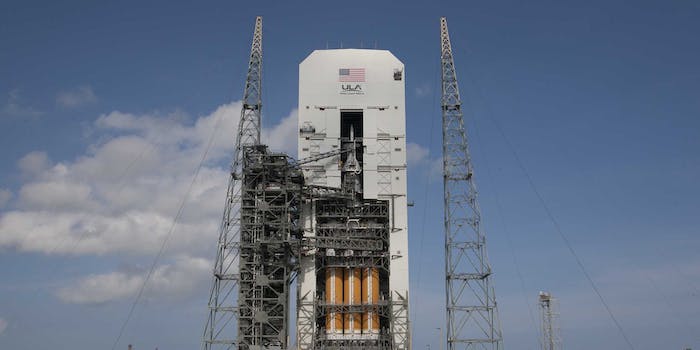 What you need to know about the Orion test flight

This is just the first step to getting humans to Mars

Early Thursday morning, NASA is launching a spacecraft able to carry humans into deep space. There will be no humans on board this test flight of the Orion spacecraft, but from the blast off in Florida to the (fingers crossed!) safe splashdown in the Pacific Ocean, this mission is the next phase for NASA. The Orion is the successor to the shuttle program, which ended in 2011.

“Orion is the exploration spacecraft for NASA, and paired with the Space Launch System, or SLS, rocket it will allow us to explore the solar system,” Mark Geyer, the program manager of Orion, based at Johnson Space Center in Houston, said in a press release. Already, excited space fans are gearing up to watch the launch.

NASA Administrator Charles Bolden isn’t surprised that nobody has heard about Orion. “Back in March of 1969, if you asked somebody about America’s space program, they may have said, ‘I think we’ve got this Apollo thing,’ or something like that,” he says.
But four months later, after Neil Armstrong and Buzz Aldrin had landed on the moon, you’d be hard-pressed to find anyone who didn’t know about it. “That’s just the nature of the human beast,” he says.

The plan is for the Orion test vehicle to orbit Earth twice on Thursday. If all goes well, it will be ready for its first real mission: Sometime in the 2020s, Orion will launch, grab a small asteroid from the moon’s neighborhood, and drag it to the moon’s orbit. The idea is that then it will be our little “pet” asteroid, orbiting safely nearby so that astronauts can launch and study it. Eventually, the asteroid missions and Orion will help humans make the leap to Mars via manned missions in the 2030s.

So what can you expect during Thursday’s test?

This launch will put the little capsule through its paces and, according to NASA, “evaluate several key separations events, including the jettison of the launch abort system that will be capable of carrying astronauts on future missions to safety if a problem were to arise on the launch pad or during ascent to space, and the separation of the Orion crew module from its service module ahead of its reentry through Earth’s atmosphere.” 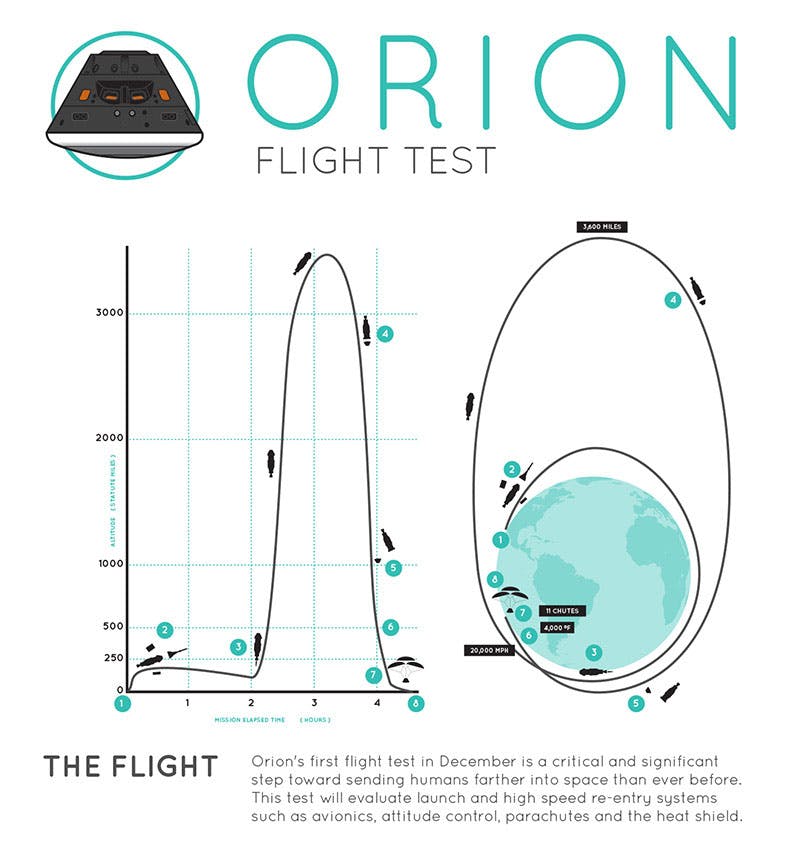 Also to be tested are the heat shield, how Orion’s computers deal with the radiation in the Van Allen Belt—a region of charged particles held in place by the Earth’s magnetic field—and whether the plan and tools to recover Orion after splashdown in the Pacific Ocean (600 miles southwest of San Diego) work smoothly.

To watch all that excitement from the comfort of your home, work, or bed with your laptop perched precariously on your knees, tune in to NASA TV starting at 4:30am EST for live coverage of the launch. The launch window opens at 7:05am. Follow along on Twitter with #Orion.

Two hours after the launch, Orion will have completed its first full orbit. The second orbit will take place at a higher altitude, traveling farther than any crewed spacecraft has flown in 40 years. That peak altitude is where the computers will grapple with Van Allen radiation.

Only the capsule will land back on Earth. The other parts—staging and service modules—will be abandoned and burn as they slowly fall into the atmosphere. The splashdown will come approximately four and a half hours after launch.

If you’re still curious about how all of this will go down, check out this interactive flight explainer from NASA. It just might keep you occupied until the launch.