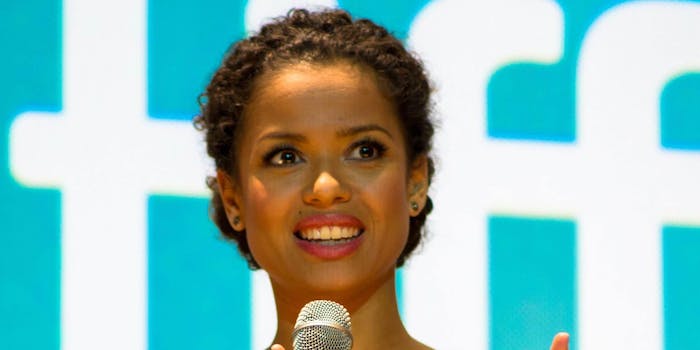 Sci-fi fans may already recognize her from 'Doctor Who,' 'Black Mirror' and 'Jupiter Ascending.'

Mbatha-Raw is no stranger to sci-fi/fantasy media, to the point where it just felt like a matter of time before she appeared in the MCU. Doctor Who fans may recognize her from her early role as Martha Jones’ sister, followed by roles in Jupiter Ascending, A Wrinkle In Time, and The Cloverfield Paradox. She also starred in the popular Black Mirror episode “San Junipero,” and last year’s cult sci-fi hit Fast Color.

While it’s often relatively easy to guess new Marvel characters from context clues, this Loki role could basically be anyone. In terms of Asgardian/Norse mythology-inspired characters, Mbatha-Raw could play Sigyn or the superhero Angela—although Angela really feels like a character who deserves her own spinoff. However, Mbatha-Raw could just as easily be playing anyone from Marvel canon or a completely new character. The show is about time travel, allowing a lot of creative leeway for casting choices. She could even be playing another version of Loki since the character is genderfluid in the comics and in the mythological source material.

Along with Tom Hiddleston and Mbatha-Raw, the show will star Owen Wilson and English actress Sophia Di Martino. Their roles are also still under wraps.

Loki‘s first season will air in 2021, with Marvel’s first Disney+ show, Falcon and the Winter Soldier, arriving this fall.