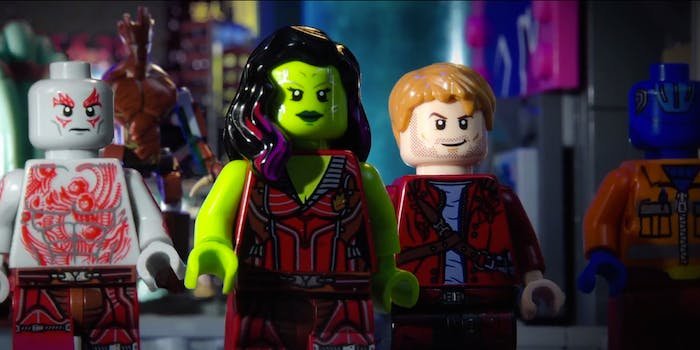 ‘Guardians of the Galaxy’ looks even cooler with Legos

Guardians of the Galaxy is already going to be dissected to pieces by movie goers this weekend, but someone got a head start.

Having already animated and re-created numerous movie scenes with Legos for years on YouTube, Forrest Whaley took on the newest members of the Marvel family by Lego-fying one of its recent TV spots.

Star Chris Pratt was already a Lego in The LEGO Movie, but now the rest of his Guardians crew joins him in causing mayhem in block form. There’s nothing different from the original clip, but it kind of makes you wish Guardians of the Galaxy had a Lego version.