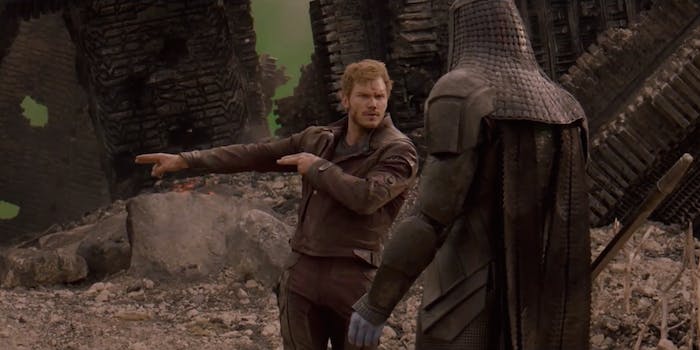 It should've been in the film.

And what a dance-off it would’ve been.

In Guardians of the Galaxy, the bad guy, Ronan, is left perplexed when Star-Lord challenges him to a dance-off (which is ultimately revealed to be a distraction tactic). But while trying to film that scene, the cast—who we’ve seen time and again being really freaking charming—pulled off a dance competition of their own.

Chris Pratt already showed off his moves in the film, but this time around Zoe Saldana, Dave Bautista, and Lee Pace even get in on the fun. While it may be out of character, it’s a load of fun.

But do their moves beat Groot’s?