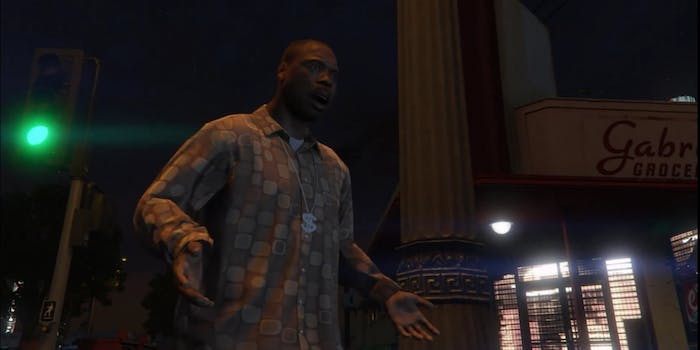 Here's our favorite GTA V fan films made so far with the new Rockstar Editor.

In Health & Wellness, we’re reminded of why citizens of Los Santos ought not to commit health code violations.

The longshoreman in Franklin Visits the Shipping Docks have dirty mouths and little patience for shenanigans.

The PC Police Chase is straight out of The Fast and The Furious.

Sins of the Past is a brief character study that portends the potential of what is essentially Grand Theft Auto fan fiction. It’s only a matter of time until we see bona fide short films, complete with real characters and dialogue, now that GTA V players have a proper set of editing tools.

Caper Cross Section #1 is not about narrative. It’s about studying all the details that surround even a brief encounter with the police in GTA V. Now that players can examine the action from almost any angle they choose, fan films can show off just how finely crafted the world of Grand Theft Auto V really is, which the PC version is uniquely capable of showing off.

Again, these are just samples of what we’ve seen one day after GTA V was released on the PC. This content is going to explode, and we’ll keep looking for the best of what the GTA V YouTube community has to offer. We think we’re going to have a lot of cool clips to look through.