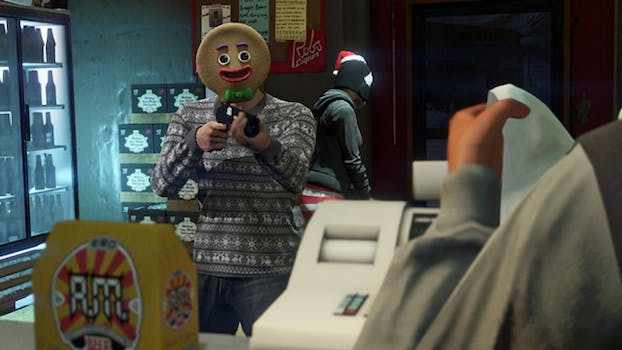 Gamers can still get a "Festive Surprise."

Christmas day was rather gloomy for gamers opening up their brand new Xbox Ones and PS4s. Amidst the DDoS attacks from Lizard Squad, gamers were unable to connect their new systems to the Internet, making any online play impossible.

On Christmas, Rockstar wanted to give the gift of ugly sweaters and destruction with its “Festive Surprise” update for Grand Theft Auto V. Sadly, many gamers were unable to partake in the celebration.

With that in mind, Rockstar decided to extend its update so that everyone can get in on the Christmas-themed crime spree bonanza.

Due to issues with PSN & XBL connectivity, we're extending the GTA Online Festive Surprise Christmas Day inventory gifts for the time being.

The Festive Surprise update allows players to use proximity mines, homing missile launchers, and tweak some control options. The best part is the ability to own a third property, including up to 30 cars and nine bicycles.

As of now, Xbox Live seems to be up, but PlayStation Network is still down. The Ask PlayStation Twitter account states that its engineers are looking into the issue, but do not have an ETA on when things will be up and running.

@rudysplashanane No ETA available yet, but our Team is working to fix it as soon as possible, thank you for your patience.