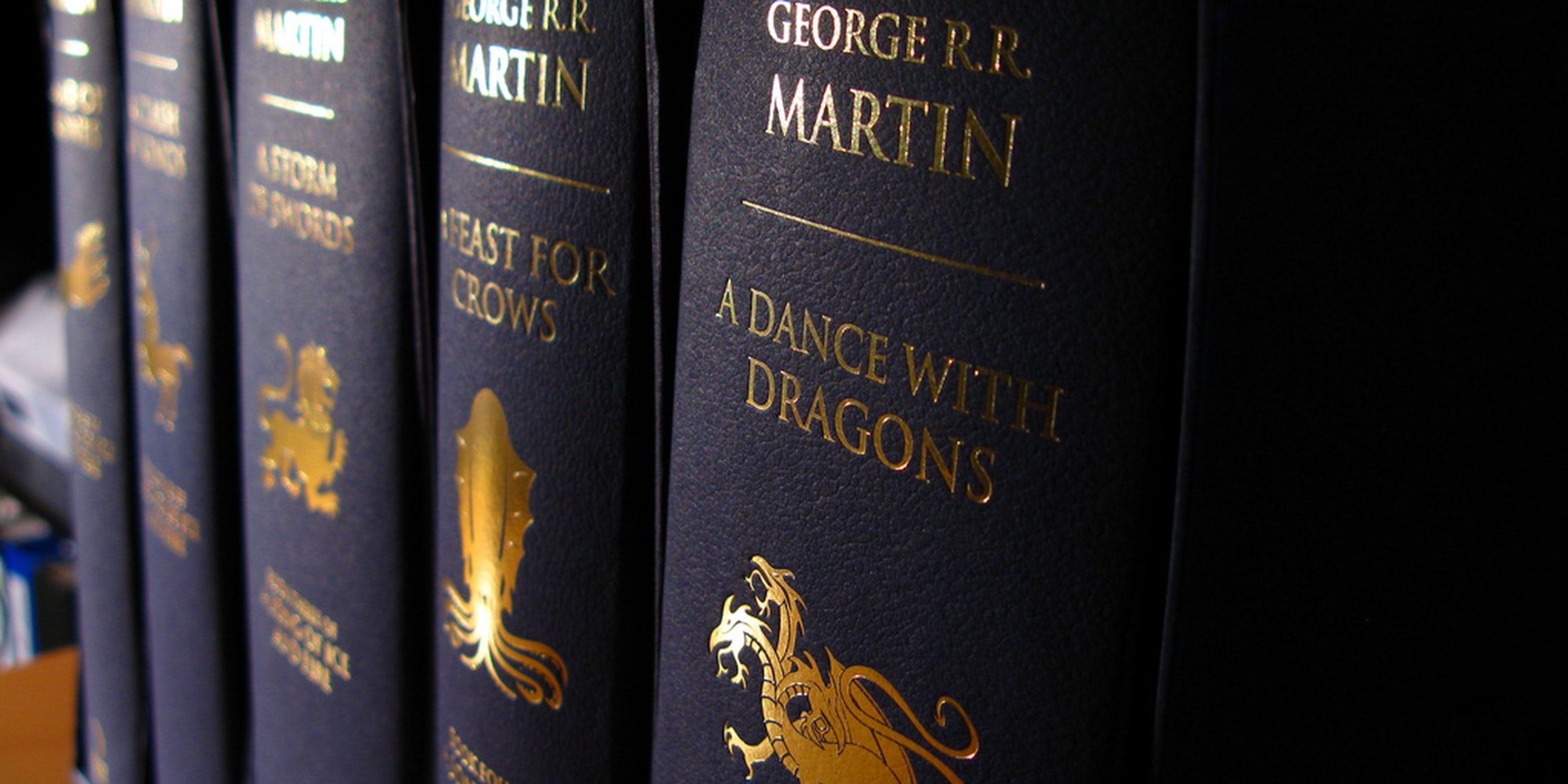 Here’s every excerpt from George R.R. Martin’s ‘The Winds of Winter’

With the new official tidbit from the next book in A Song of Ice and Fire, fans now know... about as much as they did before, really.

Fantasy fans, there’s still no end in sight to the wait for the next volume of A Song of Ice and Fire, but there’s now preview for you to tide you over. There’s just one catch: It’s only 98 words.

George R. R. Martin, a.k.a. “GRRM,” author of the voluminous but beloved fantasy series that gave the world Game of Thrones, has developed a reputation for length—not just the length of his books, but the length of time between them. Since he started writing the series in 1991, the venerable GRRM has produced only five books in 24 years, with a six-year-long wait between the last two books, published in 2005 and 2011.

The sixth book, The Winds of Winter, is reportedly due to be published in 2015. On Wednesday, Entertainment Weekly received a short excerpt from the book from Tyrion Lannister’s point of view, which brings the total number of excerpts from the book up to six.

The other two excerpts GRRM has shared with fans aren’t online, though they are published in the latest paperback edition of the fifth book in the series, A Dance With Dragons. GRRM has also read them aloud at various fan conventions, so there are several chapter summaries floating around the Internet. The excerpts cover the book’s first two chapters and pick up where A Dance with Dragons left off, with a chapter from Ser Barristan Selmy’s POV and the full chapter from Tyrion’s perspective.

The new paragraph doesn’t tell us much (or anything) about the plot of The Winds of Winter, but it does capture the chaos of the Battle of Mereen, where the book opens. It also delivers a taste of the epic action and excitement that has enthralled fans of the series… until their favorite characters are inevitably betrayed, exiled, or killed off, that is.

The bad news is that none of the excerpts mean that the book will arrive any faster, no matter how much fans might plead and beg. Releasing the excerpt now is also part of the media blitz in anticipation of the fourth season of Game of Thrones, which airs in April.

But there’s enough info between the various tidbits we’ve been given that fans have pieced together extensive spoiler-filled analyses of what we can expect to happen in the sixth book—although not who we can expect to survive it.