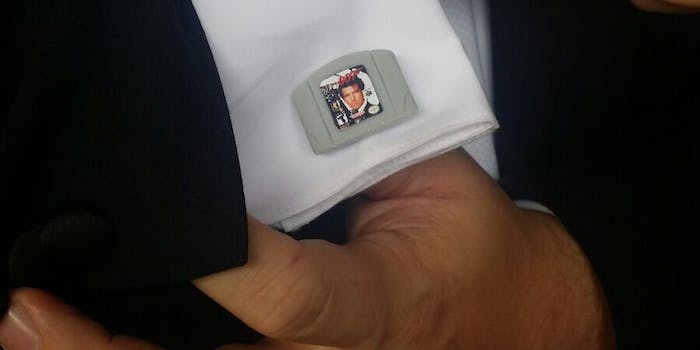 'GoldenEye' and 'Ghostbusters' were in attendance.

One groom knew just what to get his groomsmen to show them what they meant to him on his wedding day: geeky, personalized cufflinks.

According to Good Morning America, the groomsmen were surprised with the cufflinks on the big day and groomsman Sam Casey was so impressed he shared his cufflinks on Reddit.

Casey, who has known the groom since high school, received custom cufflinks that looked like Nintendo 64 video game cartridges for the James Bond game GoldenEye.

“Our group of friends loved playing N64 games, and they all thought they were decent at Goldeneye. I always destroyed them when we played, and then no one would play it with me, so I got Goldeneye cufflinks,” he told ABC News in an interview.

When Casey was asked on Reddit where his friend bought the cuffs, he found out they came from the Etsy shop TheOtakuGameroom.

“I don’t plan on wearing them to anything again, but I am always going to treasure them, and take them out to laugh at,” Casey explained on Reddit. 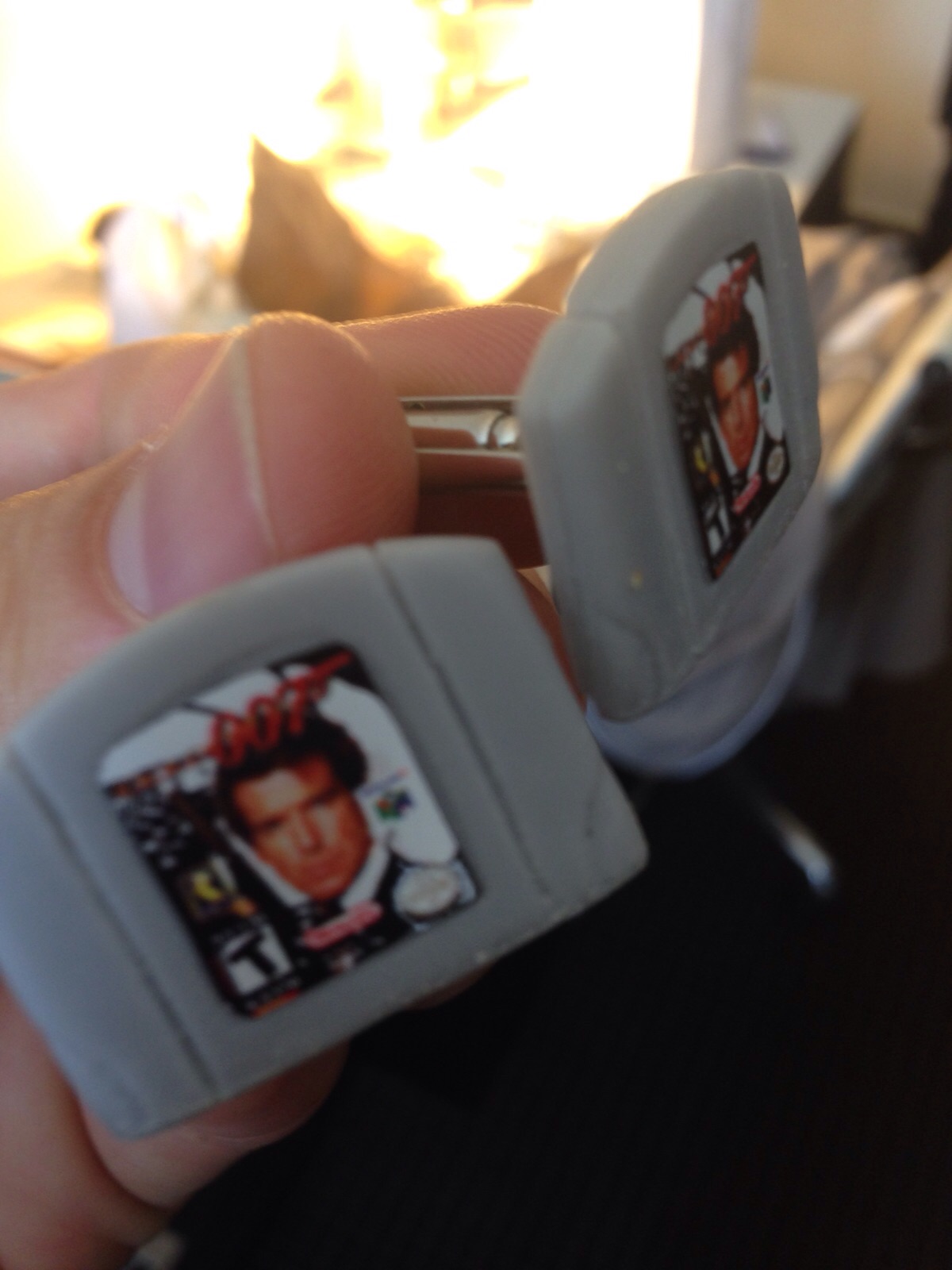 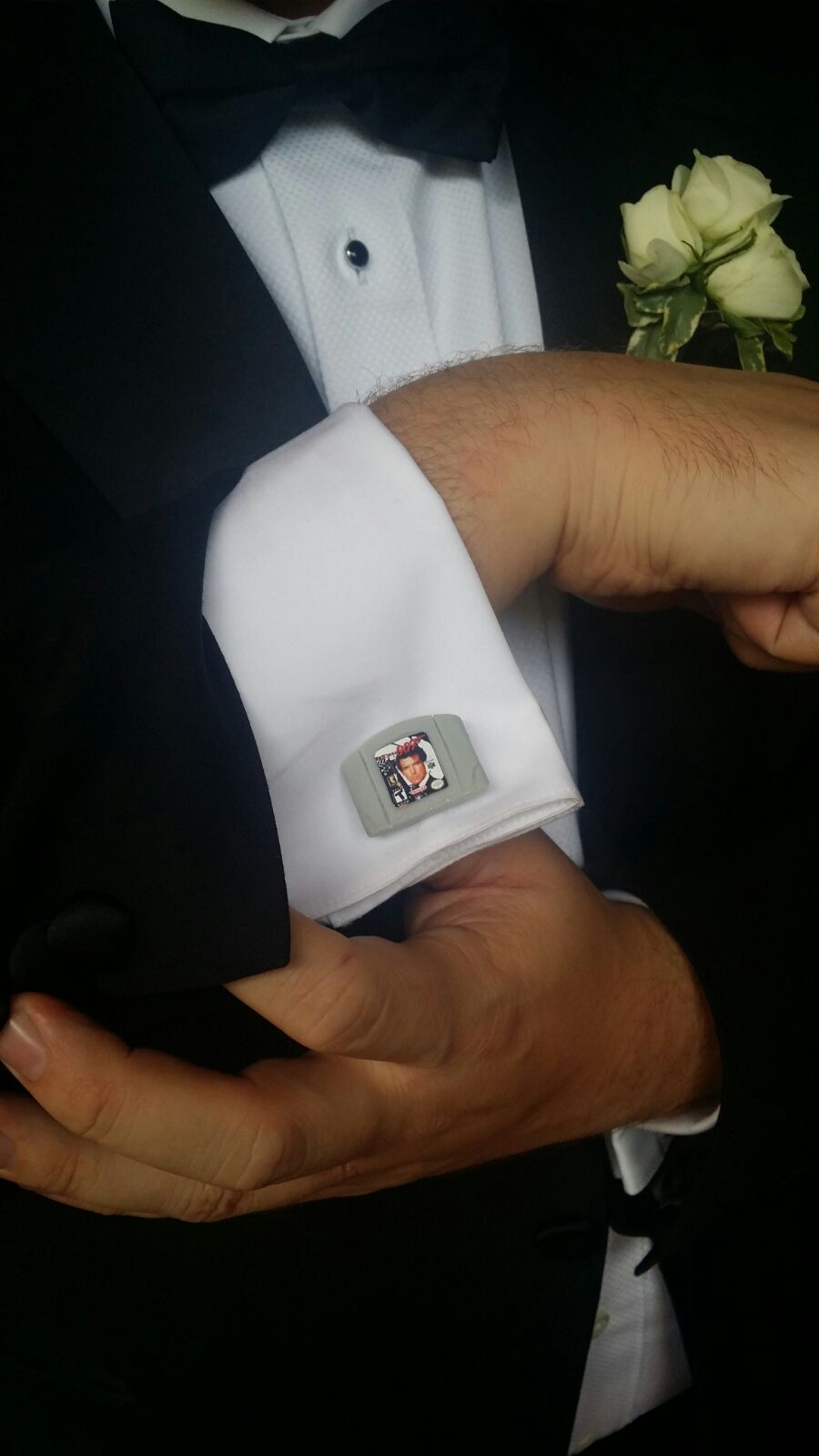 Casey’s fellow groomsmen received cufflinks inspired by a range of areas, each with a similar personal reason attached.

“They were all tailored to the individual person, not all gaming related,” he wrote. “His brother [and] best man got SNES controllers. Friend who is a big EDM/techno fan got headphones, another friend got the logo of our favorite restaurant in Chinatown, one got Ghostbusters logo, and the other got solo cups.”

It’s an awesome way to celebrate a special day.