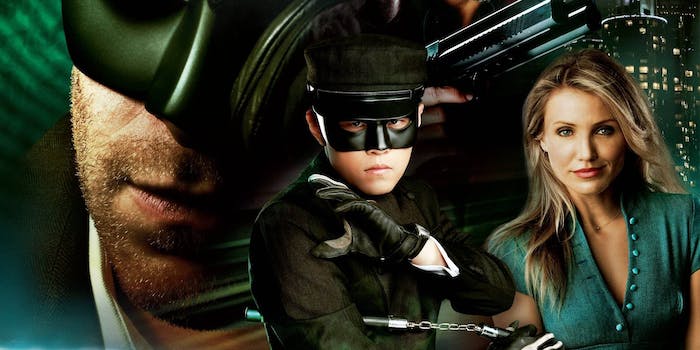 Photo via The Green Hornet

‘The Green Hornet’ is getting an ‘edgy’ movie reboot

Are you ready for an edgy, badass reboot of 'The Green Hornet'?

As part of Hollywood’s ongoing plan to avoid coming up with new ideas, The Green Hornet is being rebooted—again.

Accompanied by his sidekick Kato, the Green Hornet is a masked crimefighter in the same vein as vintage Batman, best known for the 1960s TV series starring Bruce Lee as Kato.

The last Green Hornet movie was released in 2011. It was a comedy starring Seth Rogen and Jay Chou, and was a commercial success but unpopular with critics. Deadline is now reporting that the rights to the Green Hornet have been acquired by Paramount Pictures and Chernin Entertainment.

Gavin O’Connor, director of The Accountant and the MMA movie Warrior, will collaborate on a Green Hornet script by video game writer Sean O’Keefe. Deadline describes it as an “edgy” reboot, with O’Connor envisioning a modern, “badass” update of the franchise. His plan involved emphasizing the darker aspects of the Green Hornet, including the possibility of a backstory as a CIA operative.

O’Connor, a longtime fan, said that he has been tracking the film rights for over 20 years. It sounds like this movie is going to be a labor of love.