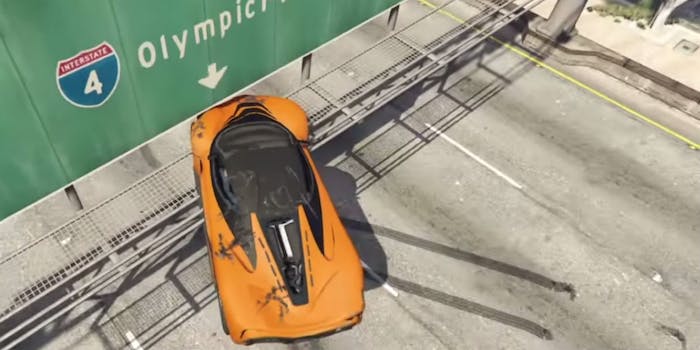 Some of the best WTF moments in Grand Theft Auto

We found a YouTube playlist full of GTA comedy gems.

YouTuber Luca Alessio assembled a playlist of some of the best comedy moments produced by Grand Theft Auto V. Most of these videos are short, so it’s a rapid-fire helping of insanity.

We’ve culled out some of the best videos, but highly recommend sitting down and checking out the entire list—that is, if you’re into dark comedy. Grand Theft Auto has the comedic sense of early Jim Carrey movies with a really nasty attitude.

Here’s a close call with an armored car.

This Mariachi group demonstrates what a really, really bad band breakup looks like.

Why you should never try to climb head-first into a car with a roll cage.

There are 29 videos in all. The crazy thing is, this list is still just the tip of the iceberg, in terms of what’s out there from GTA V and GTA Online. Open-world games are all about freedom, after all, and freedom means anything can happen.

Including a freeway sign getting in between you and first place in a supercar race.