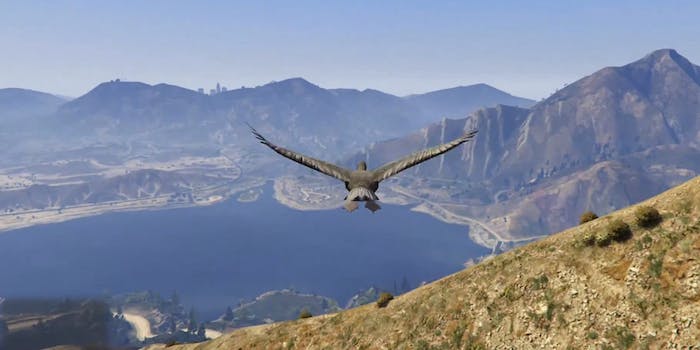 Alcohol and drug abuse are normal activities in Grand Theft Auto V. Hardcore psychedelics, however, are new to the game.

We suppose this is a spoiler if you ordinarily walk around the open world of a GTA game throwing anything and everything in your mouth just to see what happens. But in case you don’t, now you know you can trip out on peyote in the next-gen re-release versions of.

In the ensuing trip, you can turn into a chicken.

You could also turn into a seagull or what appears to be a cormorant.

If peyote is too harsh for your tastes, you can stick with ripping bong hits (which you can now do in first person, we might add).

Grand Theft Auto V was re-released for the PlayStation 4 and Xbox One on Tues. Nov 18.