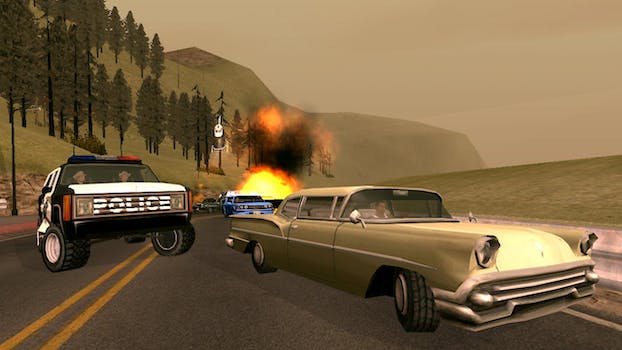 If you wondered why gamers revolted at Microsoft’s idea of a digital-only future for the Xbox One, witness what happens when a publisher can alter your game files whenever they want.

A recent update to Grand Theft Auto: San Andreas on Steam has created save-game issues for some users. When they try to load a saved game, an entirely new game begins instead. A fan mod called SilentPatch reportedly fixes these issues. What no mod can fix, however, is the removal of 17 songs from the San Andreas soundtrack, ostensibly over licensing issues. The same 17 songs are missing from the recent iOS port and Xbox 360 HD releases of San Andreas.

The situation is identical to what happened regarding the iOS port and updated Steam version of GTA: Vice City last year. Vice City was removed from Steam in November 2012 owing to licensing issues regarding the Michael Jackson song “Wanna Be Startin’ Somethin’.” When the game returned to Steam in December 2012, two Michael Jackson songs were missing from the soundtrack, along with songs from Ozzy Osbourne, Kate Bush, and Lionel Richie. The same list of songs was missing from the iOS version of the game.

Steam users who had purchased a copy of Vice City prior to the December 2012 update were allowed to keep the old soundtrack. The updated version was sold as an entirely separate game. This is not the case for San Andreas. Unless you backed up a copy of the original audio files and can re-incorporate them into the game somehow, once you update San Andreas on Steam, the music is gone.

Rockstar Games likely had its hand forced to remove music if it wanted to release new versions of these classic GTA games. That doesn’t make the loss any more acceptable for gamers who want to play Vice City and San Andreas as originally presented. The case for holding on to old gaming hardware like the PlayStation 2, and owning physical copies of games is only going to grow stronger as more of these sorts of updates occur.