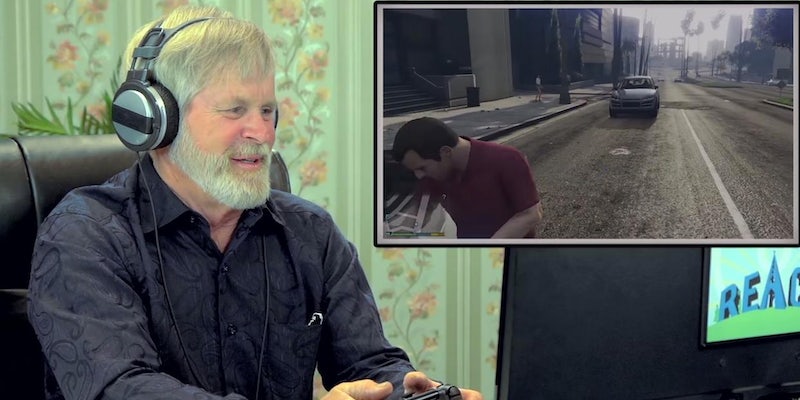 They actually love it.

Get a bunch of people over the age of 60 and put them in front of something all the kids are into: It’s generally a formula for hilarity.

The React channel on YouTube has done just that. This time it’s with a bunch of retirees in front of Grand Theft Auto V.

It’s just funny how they try to put real-world logic in GTA’s sandbox. This includes stopping at stop signs and red lights. It’s only a matter of time before they find the comical joys of stealing cars and running over people. Surprisingly, things get rather sadistic when guns are thrown into the equation—something that you wouldn’t expect from your grandmother.

Really, developer Rockstar Games should be given a lot of credit for the amount of detail put into the game. From playing tennis to riding roller coasters, it can bring much adulation and wonder to newer players, even grandparents.