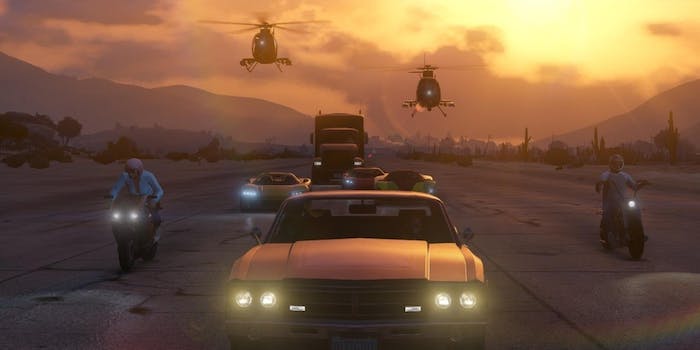 Rockstar is offering players $500,000 in Grand Theft Auto Online cash, but one player is asking them not to.

At the risk of making the understatement of the year, Grand Theft Auto Online has had some growing pains. When it launched on October 1, errors and alerts greeted excited players. Nothing seemed to work as servers crashed and burned under the weight of the onslaught.

To make amends with disappointed gamers, GTA developer Rockstar said it would give $500,000 in-game money to each player, to help them get going once again.

One player is saying thanks, but no thanks.

“For the love of all that is good and holy, please don’t do this! (Or at least make it optional)”

“It’s a great feeling of achievement when you earn enough money in game to get the next car, house or whatever it is you’ve been saving for. Giving every player $500,000 will shit on that whole process. Completing a mission and getting $10,000 won’t feel like such an achievement when you’ve already got half a million sitting in the bank.”

Matt’s got a point. It’s great that Rockstar wants to make it up to players, but one hopes they keep that money optional.

If they don’t, there’s another option for the unwillingly rich: buy all of the most expensive cars in the game and set them on fire in a spectacular protest. That seems like it might be worth the hardship of half a million.