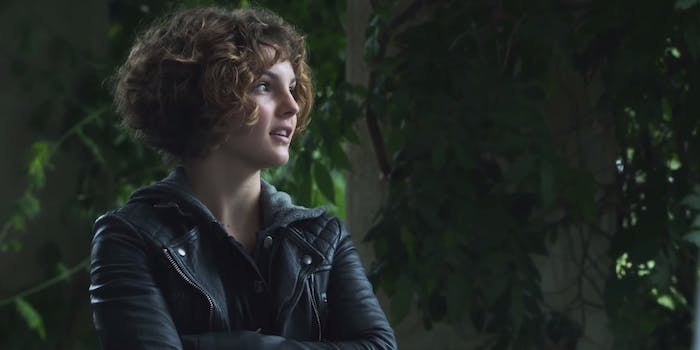 Is Fox’s ‘Gotham’ ever going to find a plot?

Sure, we love the characters, but are the writers on Gotham's staff thinking about anything else?

Despite plenty of advance praise and glowing reviews of the pilot, Gotham is in exactly the same place as it was when we started. In early October, after the third episode, Devin Feraci noted that for a show intended to run for “ten or fifteen seasons,” it already seemed to be endlessly repetitive.

It’s true. Nine episodes in, here is what happens on every single episode of Gotham:

1) Penguin double-crosses someone while wearing increasingly effeminate suits, in keeping with the storied homophobic tradition of cartoon villains.

2) Fish sits in a chair in her nightclub, languorously watching a woman sing an audition. Then she summons another character who is neither a woman nor a nightclub singer, so that she can talk to him about her mob-related feelings before leaning in, literally, and threatening them. If she gets up from the chair, it’s because Penguin or Falcone dropped by and she has to walk strategically out of the room.

3) Barbara stands in the middle of the floor of their condo, not going left, not going right, worrying about Jim. If she leaves the condo at all, it’s because she’s been kidnapped, or because she’s attempting for the 30th time to leave Jim for his own safety. This resolution will last about five minutes, unless she gets kidnapped.

5) Selina strikes a cute pose (to remind you she’s Catwoman) and says something quirky. In episode 8, for example, she struck one Spider-Man pose and had a grand total of two lines, one of which was about girls going shopping.

@ajaromano: Hmm I don’t remember that quote it’s only been in EVERY SINGLE PREVIOUSLY-ON IN THE ENTIRE SERIES

Apart from the sexism, all of this could be compelling, if we had faith it was leading anywhere. After all, Gotham has a lot to work with: an extremely talented cast, one of the most interesting ensembles of characters we’ve seen on TV in ages, and a built-in fanbase eager to be loyal, if Gotham will just give it something to be loyal about.

So why is it that so far all the show has really done is show us mob bosses sitting around negotiating over landfills?

Perhaps it’s that Gotham‘s lack of plot is directly connected to its most exciting aspects: the worldbuilding potential of a Gotham that existed before any of our favorite characters were our favorites. If the story of Breaking Bad was the slow and inexorable Shakespearean downfall of one of television’s greatest anti-heroes, then Gotham holds the tantalizing prospect of a similar narrative arc applied to a whole cast of villainy. And these are villains we already know that we love.

And therein lies the problem. Gotham, with its episodes titles announcing the arrival of one villain after another, seems to have substituted character entrances for plot points. Because Gotham is literally glorified fanfiction, it’s structured itself around fanservice—the moment of excitement when we recognize a new character who will, eventually, maybe, someday, become a major player in… whatever is going to happen on this show.

But after nine episodes, it’s time for the series’ few threadbare plot strands to either unravel and pay off, or reveal what bigger tapestry they’re weaving. We should not, as an audience, still be wondering if there’s a point to this show, or if the writers have a long game in mind. The show’s episodic action tends to happen with very little context, feeling poorly paced and skittish against the overarching narrative, with its long, plodding stretches of inactivity. The lack of focus makes it difficult even to enjoy the wonky feeling that you’re watching a police procedural through a fun-house mirror. At least fun houses don’t leave you trapped endlessly on the same repetitive ride.

It sounds silly because it is silly. But there it is. Gotham, without any plot to speak of, seems content to endlessly line its pockets with one character after another. Somewhere along the way, we’re told again and again, Penguin will manipulate the mob bosses into a war, Arkham will re-open, and villains will slowly unveil their weasely stripes. All the while, Bruce Wayne will grow older and more jaded, and Catwoman’s quirky poses will grow slinkier and more cunning as she ages.

But we already knew all this before the first episode. That Gotham has managed to maintain excellent ratings despite a lack of development is testament to our love of these characters and the fabled city itself. But Gotham can’t sustain itself simply by revealing a new block of the city, a new surprising character, each week. At this rate, Gotham won’t last long enough to let us see Oswald’s war, the one we’re reminded weekly is coming.

And that’s a shame, because the story Gotham‘s not telling is one we really want to see told.