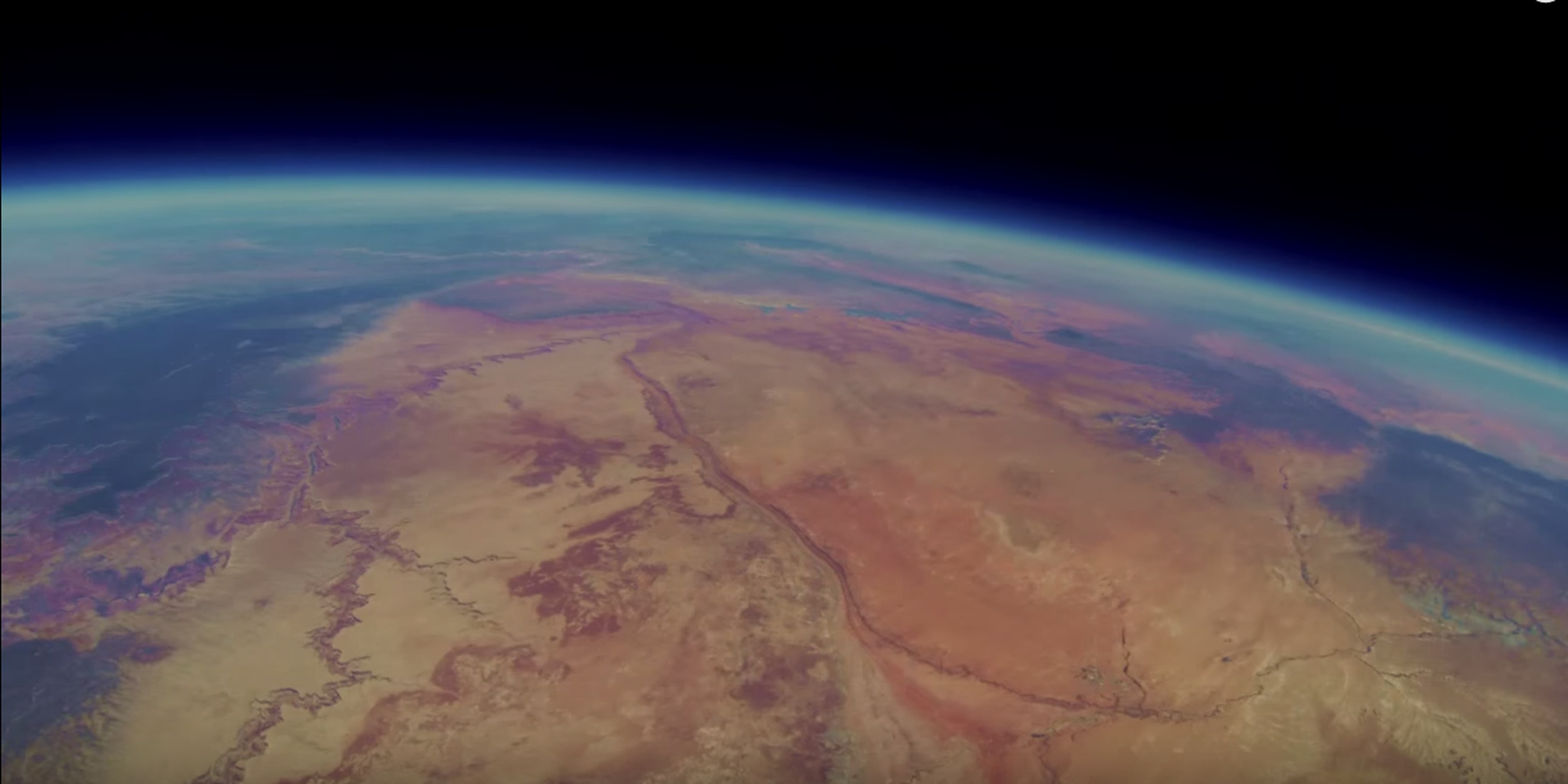 Could this be the most epic college science project of all time?

A GoPro camera that went into space and was lost in the Arizona desert for two years has been rediscovered, revealing stunning footage of the Grand Canyon from space.

In June 2013, a group of Stanford students launched the GoPro camera into the stratosphere as part of an aerospace-engineering research project. They attached it to a high-altitude weather balloon and planned to track its return using a cell phone attached to the camera pack, but poor cell reception made it impossible to determine when it landed in the Arizona desert.

It took two years before hiker Pearl Tsosie stumbled upon the camera while walking through the desert. As luck would have it, her job at AT&T meant that she could trace the accompanying cell phone back to its original owner.

A few weeks later, the GoPro camera and the data from the two-year-old college science project were both back in the former Stanford classmates’ hands.

Bryan Chan, one of the original team members from the project, edited the footage into this incredible video that follows the camera’s journey from Arizona into the stratosphere and back again.

If only all college research projects could be this beautiful.